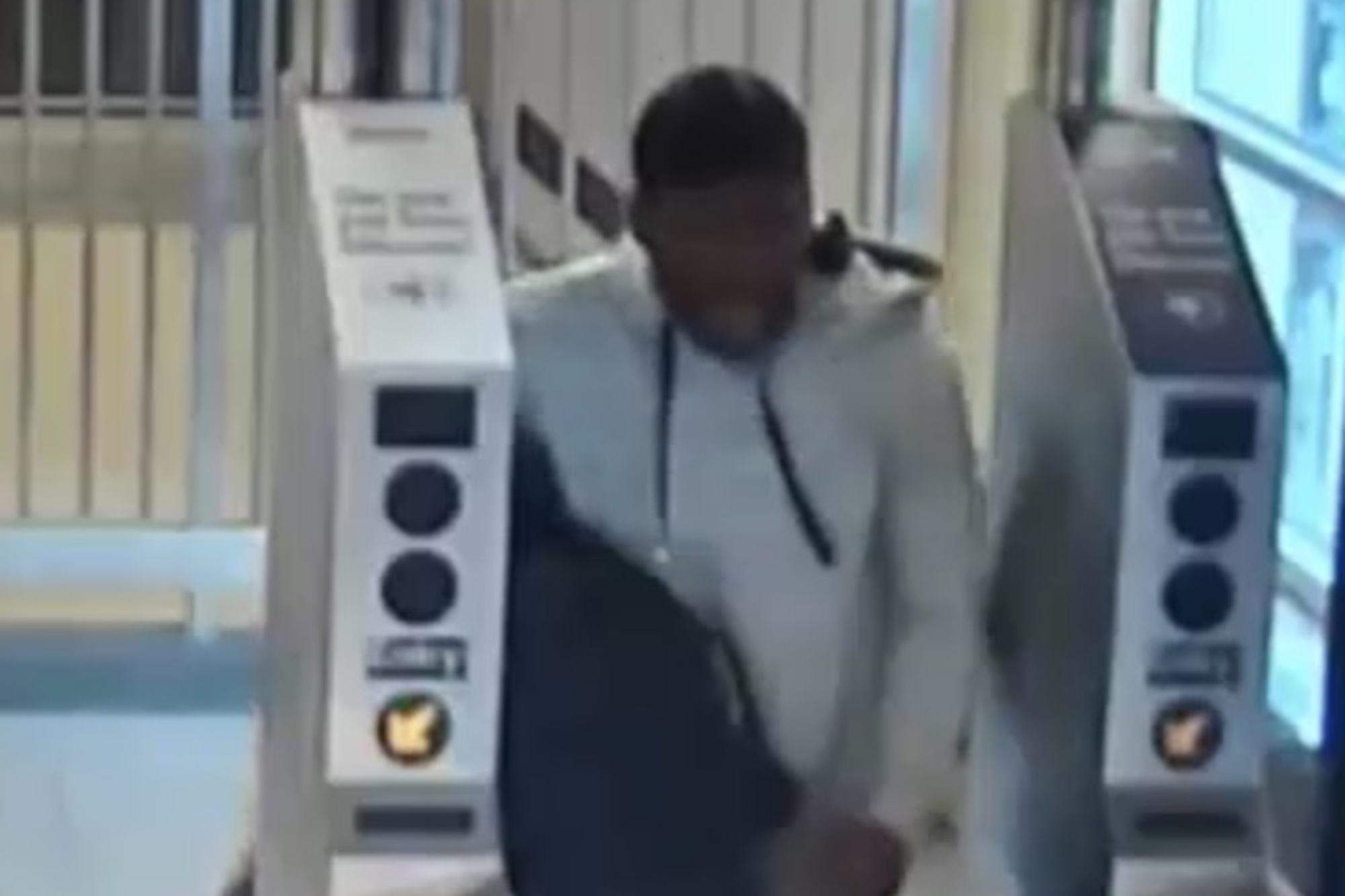 An unhinged man pummeled a woman in an unprovoked attack on a Brooklyn train last week, cops said.

The 38-year-old victim was riding a Queens-bound M train at 6:50 a.m. March 7 in Bushwick when the suspect wandered in, started yelling and sat across from her, police said.

As the train pulled into the Myrtle–Wyckoff Avenues station, the woman stood up and got ready to get off, cops said.

But the stranger then punched her in the back of the head, authorities said.

When she turned around, he punched her in the face several times, police said.

Both the victim and attacker got off the train, and the suspect bolted.

Police released surveillance footage late Sunday of the man passing through the turnstile to leave the station.

The victim refused medical attention for pain and bruising to her face.