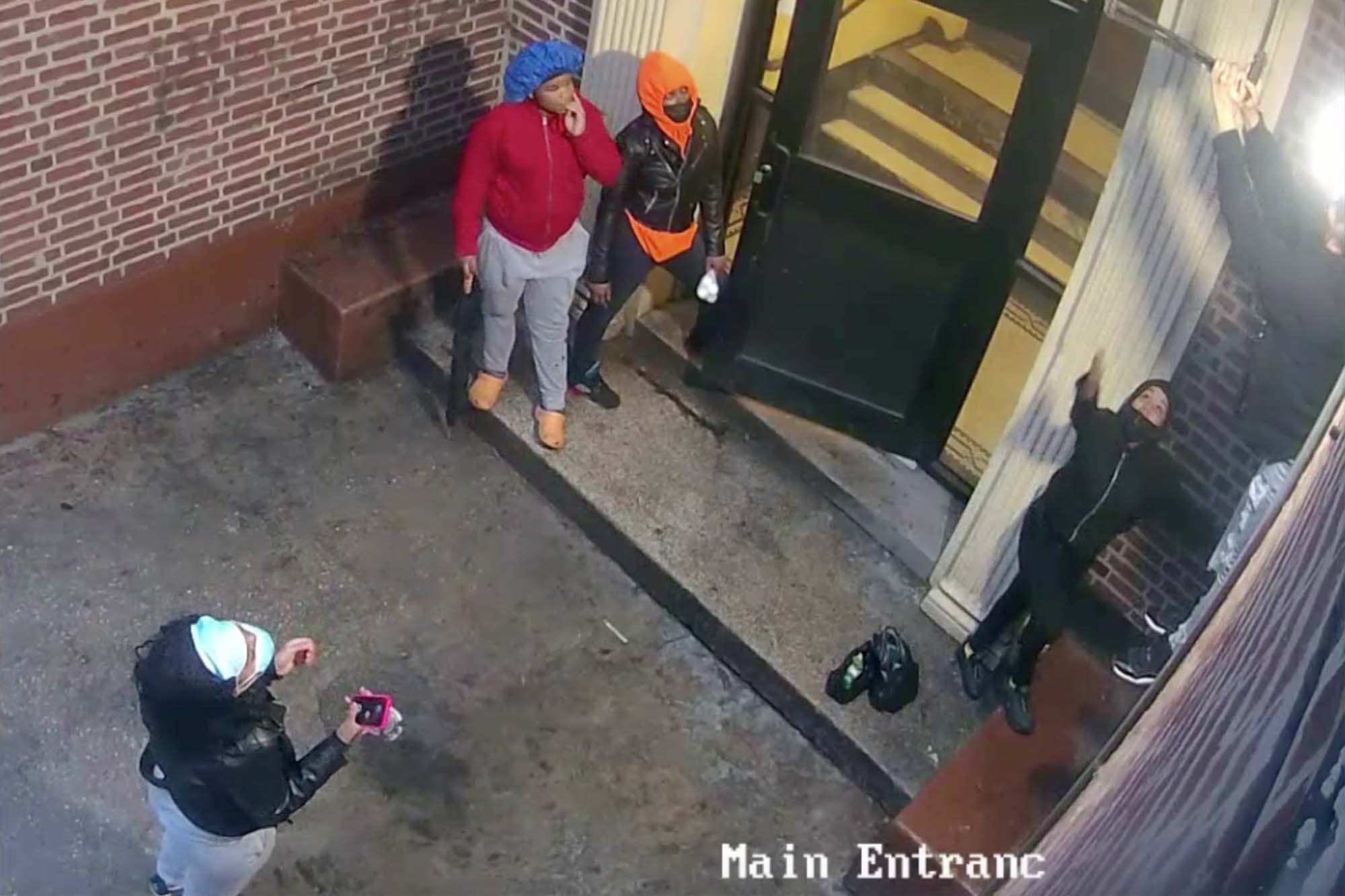 Five teen girls were caught on surveillance video trying to pull down a Bronx fire-escape ladder before they broke into an apartment and pinched a Michael Kors purse, jewelry and $500, police said Sunday.

The incident happened at a building on Sheridan Avenue near East 168th Street around Claremont Village about 7:30 p.m. April 11, cops said.

The video shows one of the girls pulling on the fire escape while a friend recorded her on a cellphone.

The girls aren’t seen climbing the ladder on the video, but they did manage to scale the building and break into the apartment, a police spokesman said.

Cops are seeking the public’s help in identifying the girls, who are believed to be between 16 and 18, so they can be questioned.

Anyone with information is asked to call Crime Stoppers at (800) 577-TIPS. All calls are confidential.