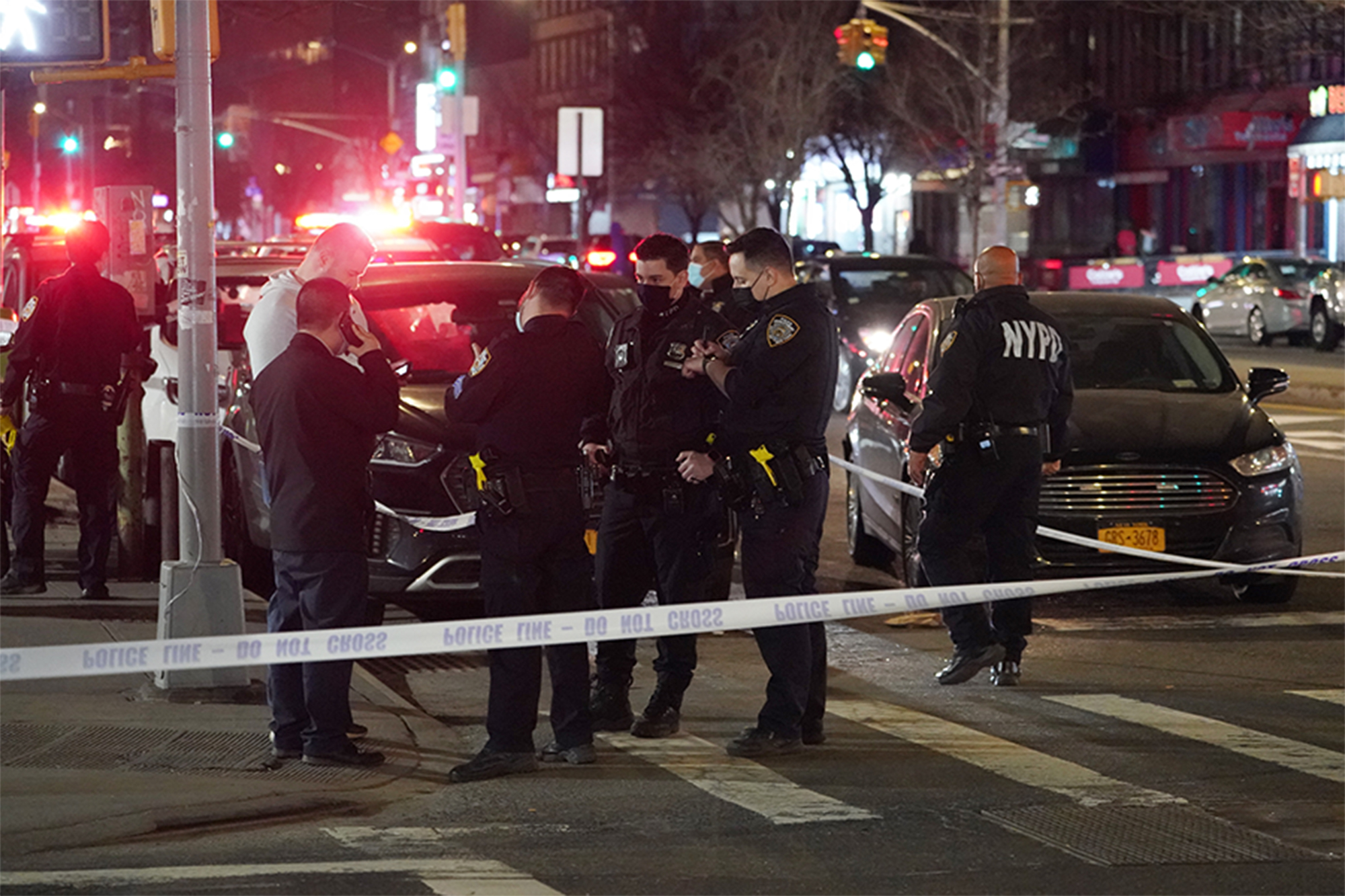 Two men were killed and two others wounded in a spate of violence across the Big Apple on Thursday night, police and sources said.

The carnage started in Bedford-Stuyvesant when Shameek Harrison, 44, was fatally stabbed outside an apartment building on Vernon Avenue near Lewis Avenue at about 7:10 p.m., police said.

Harrison was taken by EMS to Woodhull Hospital, but could not be saved, authorities said.

About 40 minutes later, a 22-year-old man was stabbed and critically injured inside a Bronx apartment building on Metropolitan Avenue near Purdy Street, police sources said.

He was taken to Jacobi Hospital, sources said.

In Harlem at about 9:45 p.m., two men were shot near West 138th Street and Lenox Avenue, police said.

The victims were driven privately to Harlem Hospital, where one of them — who was shot in the chest — died, police said.

The other man, 25, was hit in the leg. He is expected to survive, cops said.

No arrests were made Thursday night in connection with the violence.

Take the Over on these low win totals

Penguins under fire for photoshopping masks onto hockey fans