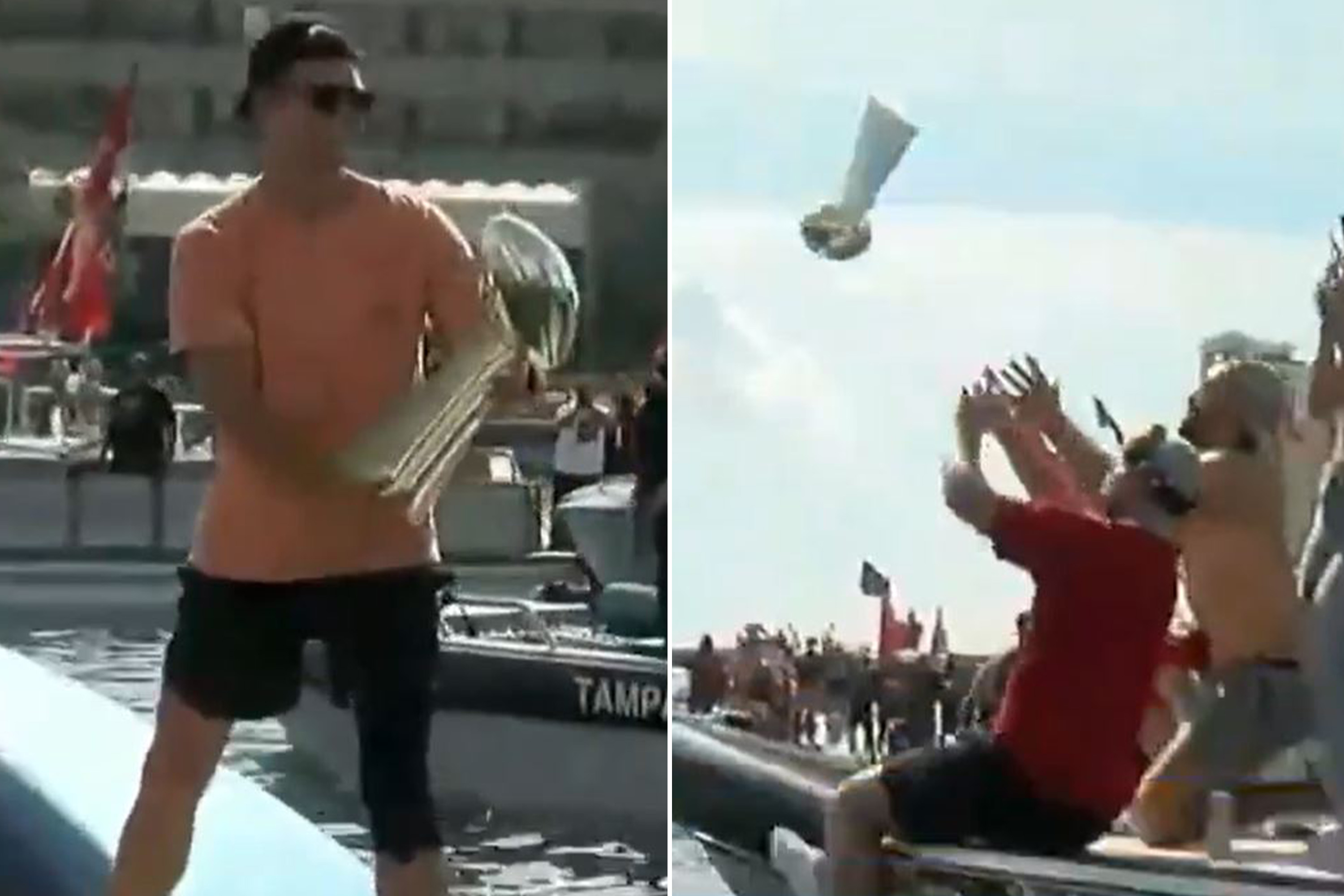 What was going through Tom Brady’s mind when he nearly threw the Lombardi Trophy into the river?

“I was not thinking at that moment,” a smiling Brady said Tuesday on “The Late Late Show with James Corden,” when asked about his ill-advised throw during the Buccaneers’ Super Bowl parade.

Brady’s daughter, Vivian, could be heard screaming, “daddy, no!” as the 43-year-old future Hall of Famer threw the trophy underhand from his yacht to another boat around 12 feet away over the Hillsborough River in Tampa.

“Who could imagine that an 8-year-old girl would have the most sense of anybody?” Brady said. “She’s the voice of reason. Go figure.”

Luckily for Brady, Buccaneers tight end Cameron Brate was there to make the catch.

“Had that been an incomplete pass,” Brady said, “that would have went down, like 80 feet.”