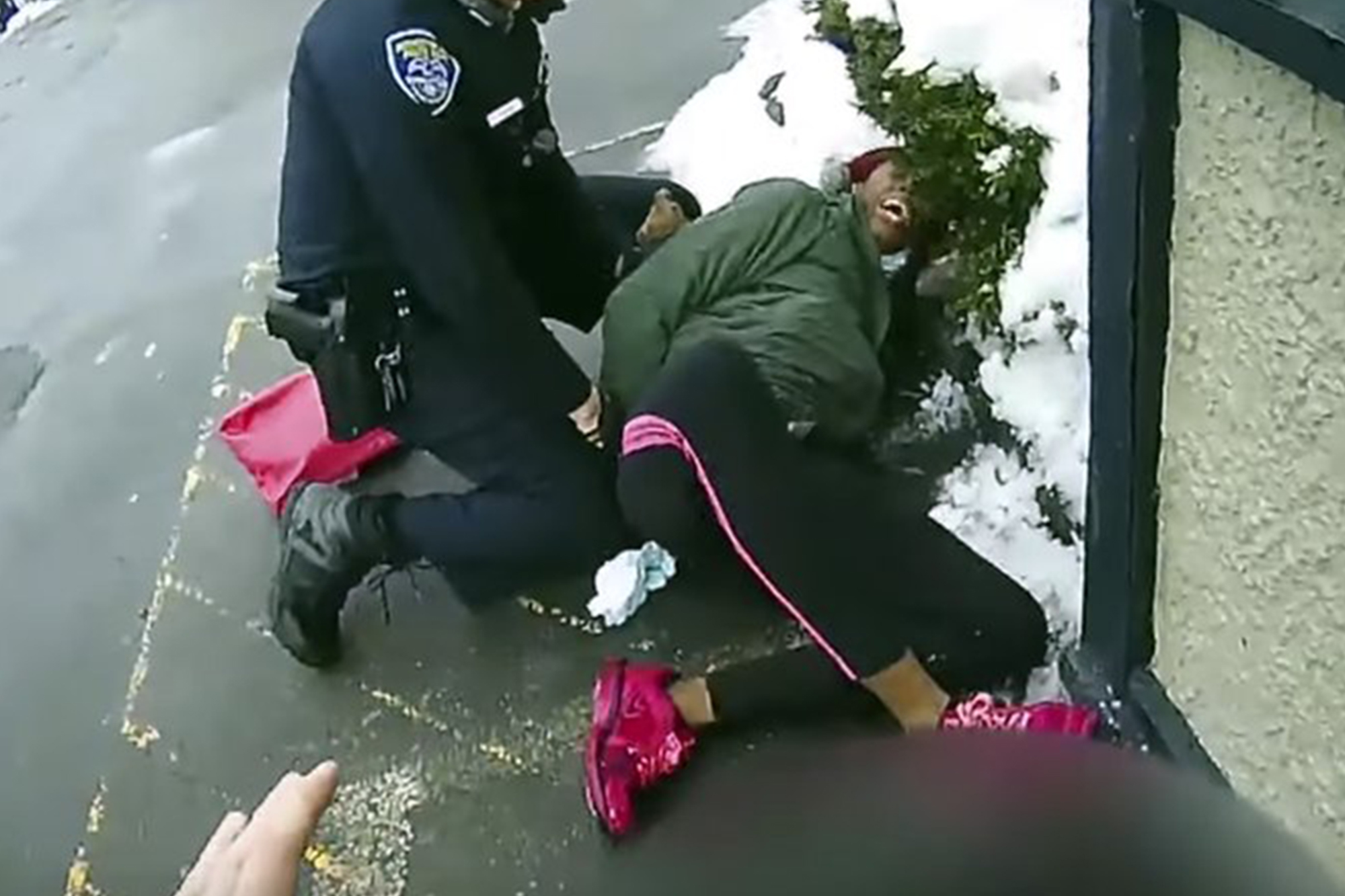 A Rochester police officer has been placed on administrative leave after video emerged Friday of the cop pepper spraying a shoplifting suspect as she attempted to flee with her three-year-old child.

The video was released as the Rochester Police Department remains under scrutiny over its interactions with black residents — including Daniel Prude, whose September 2020 death while in custody was also captured on disturbing video.

Video of the Feb. 22 incident shows a black woman running from a white police officer after being accused of robbing a convenience store.

The body-cam footage shows the officer subduing the woman while another officer takes the screaming child several feet away.

The incident is being investigated, Rochester Police said in a press statement.

“The child was not pepper sprayed or injured during the arrest,” the statement said.

Police chief Cynthia Herriot-Sullivan said that the officer involved appeared to have followed appropriate procedure, but added that ” some things to me aren’t as simple as whether a policy was followed or not.”

Rochester’s Police Accountability Board, which was created in 2019, said that it saw parallels between this case and one where a 9-year-old girl was pepper sprayed and then forced to sit in the back of a police vehicle.

As of now, the mom, whose name has not been released, is charged with trespassing and is still in police custody.