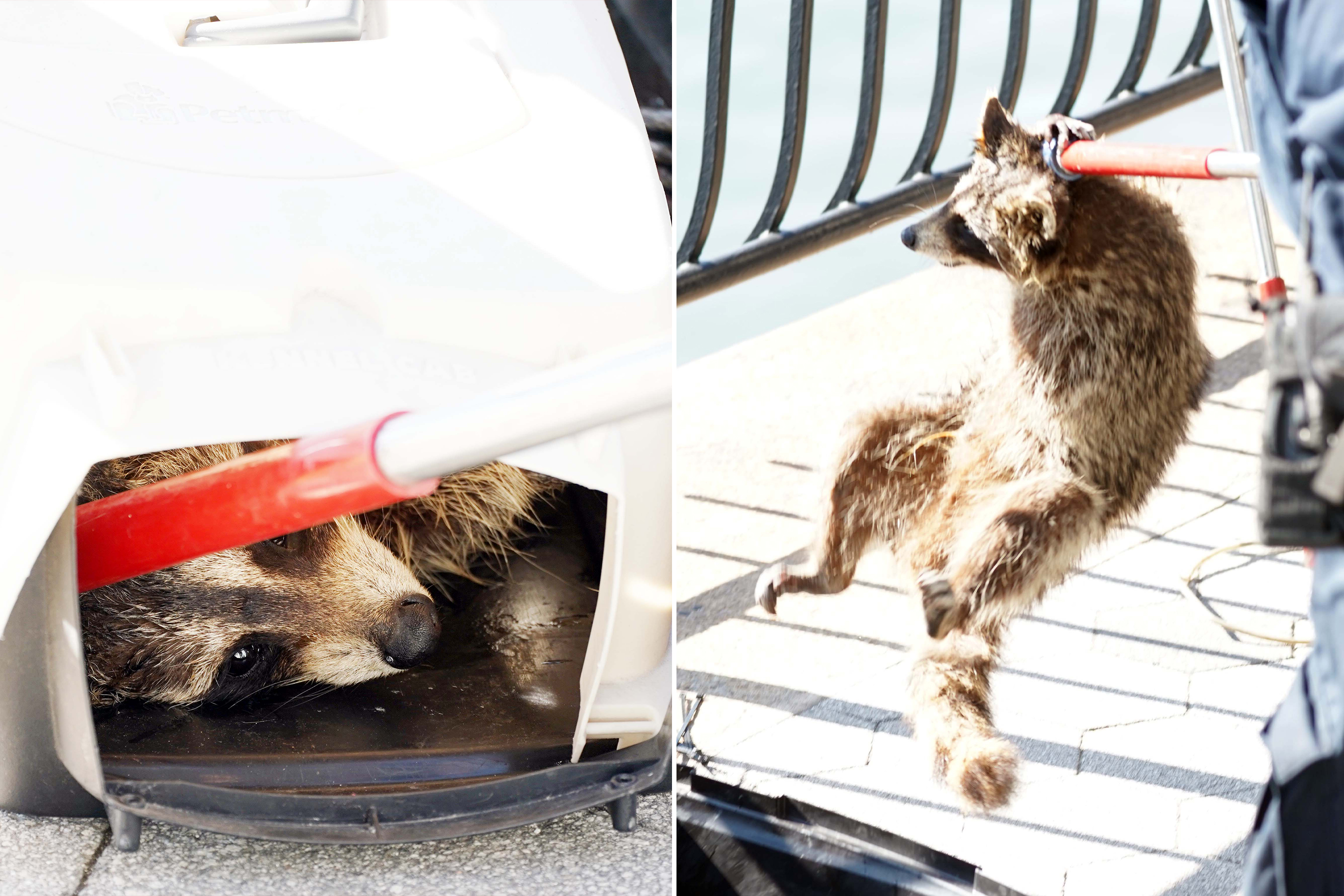 A wild raccoon, possibly overcome with the same spring fever that’s overtaken New Yorkers, had his Saturday stroll cut short when passersby spotted the creature and called the cops.

But the raccoon, who was probably rabid — which is why the police were called — put up a bit of a fight when cops tried to grab him from his spot on the Upper East Side promenade near 71st Street.

Looking a lot like a big feral cat, only scarier, it took a small army of gloved men and women in blue (OK, about five) to wrestle the raccoon into what looked like a cat carrier.

An observer told The Post the only problem was the first cage was too small and the raccoon’s tail stuck out. No problem, the cops came prepared and the raccoon was upgraded to a bigger transport.

‘Povetkin vs. Whyte 2’ Live Free Streaming Reddit: How to Watch

D’Angelo sounds off on ‘Soho Karen’ at Verzuz Apollo event

Who didn’t fall for Matt James?