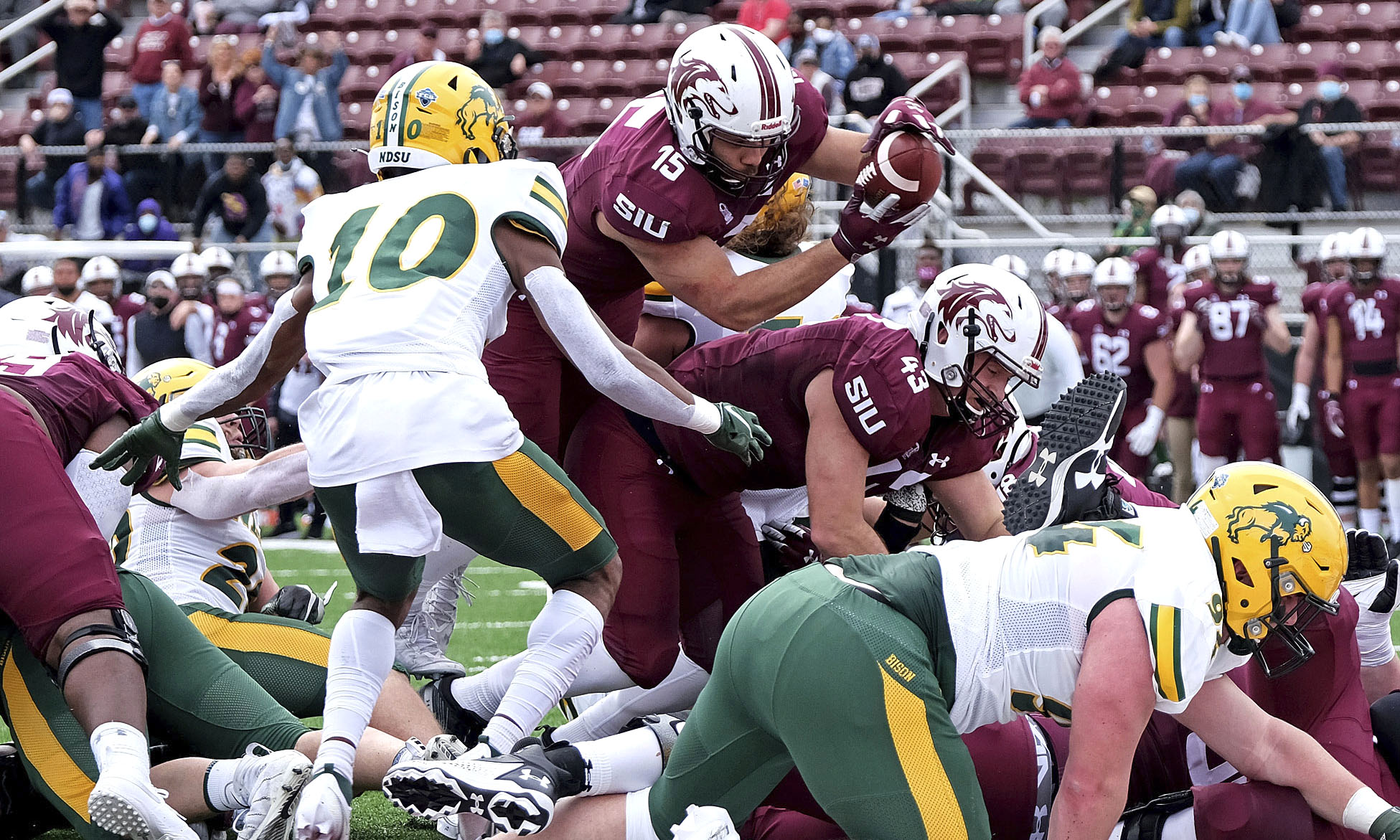 Javon Williams Jr. and Romeir Elliott each had a pair of touchdown runs, and Southern Illinois beat top-ranked North Dakota State 38-14 on Saturday to end the Bison’s 39-game winning streak.

“We didn’t show up and play very well,” Bison coach Matt Entz said. “There was not any position group that played well.”

Williams ran for a 3-yard score, and Elliott broke loose for a 20-yard touchdown run in the fourth quarter. Both scores followed a North Dakota State turnover. Elliott finished with 91 yards rushing and Williams had 41, and the pair also had touchdown runs in the second quarter.

“This game will be recognized for a long time, maybe the biggest win in that stadium,” Southern Illinois coach Nick Hill said of ending North Dakota State’s FCS-record winning streak.

Avante Cox had seven receptions for 138 yards for Southern Illinois. His 65-yard catch set up Williams’ 1-yard touchdown run on fourth down to give the Salukis a 17-0 lead with about a minute left in the second quarter.

Salukis quarterback Nic Baker, filling in for senior Kare Lyles — who left with a rib injury during last week’s game against North Dakota — had a TD pass and was 17-of-23 passing for 254 yards. His 6-yard touchdown pass to Landon Lenoir stretched the Salukis’ lead to 24-7 early in the fourth quarter.

“It’s what I hope for, it’s what I’ve dreamed of,” Baker said. “I kind of want those moments.”

Zeb Noland threw a 37-yard Hail Mary touchdown pass that was tipped to Jake Lippe that pulled the Bison to 17-7 at the break. Jalen Bussey’s 63-yard run set up Noland’s 5-yard touchdown run with 2:16 left.

Why Nets aren’t rushing Blake Griffin into the lineup