Mourners gather at NYC funeral for boy bludgeoned to death 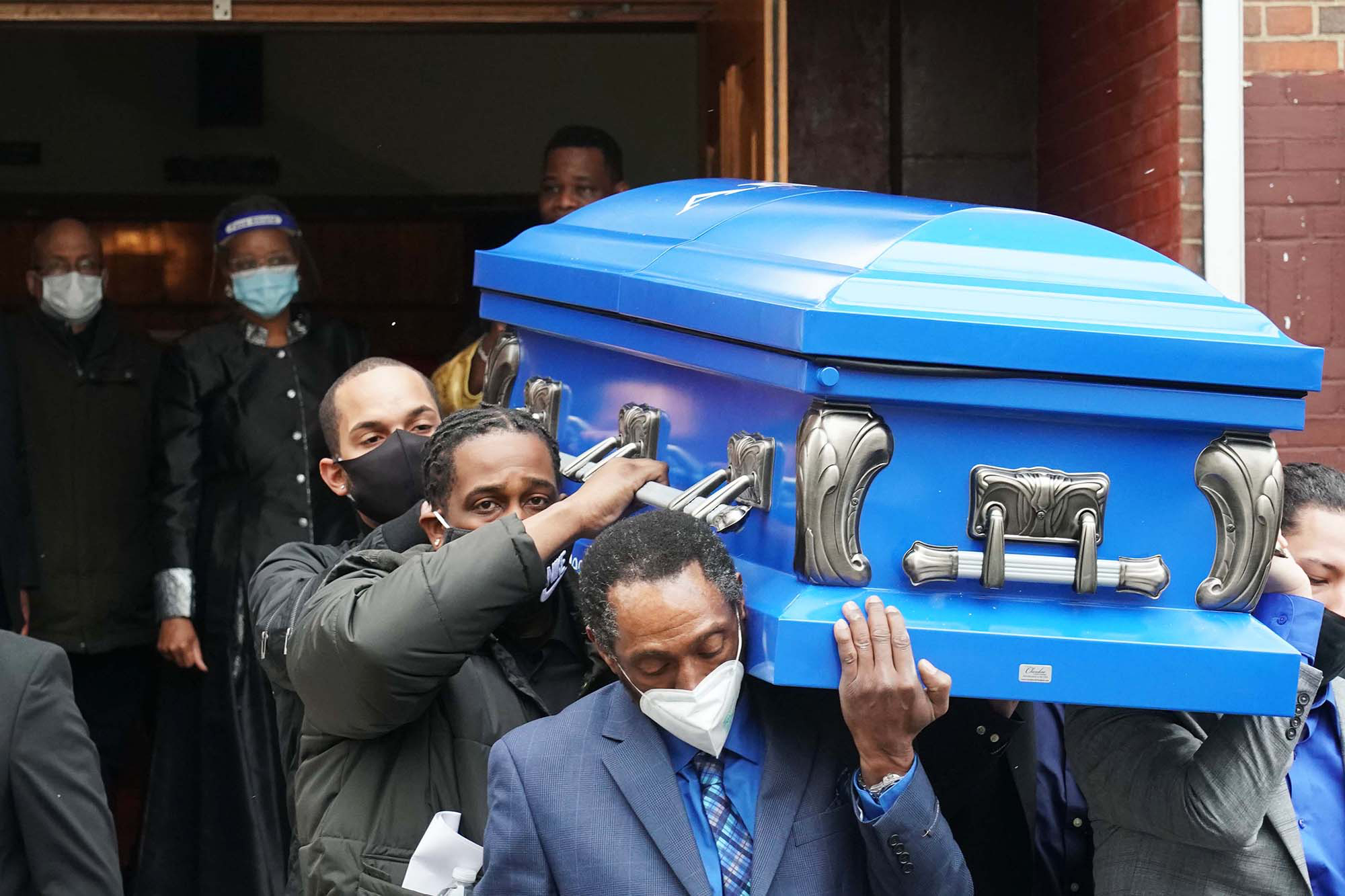 Mourners bid an emotional farewell to little Ayden Wolfe at a funeral Tuesday for the 10-year-old Harlem boy who was allegedly bludgeoned to death by his mother’s boyfriend.

Family and friends gathered at Mount Herman Baptist Church in the Bronx to say their final goodbyes — some wearing customized hoodies with Ayden’s name and the number 10.

Tensions ran high at the small service, with some mourners not able to join the packed church.

“I prayed for her!” a woman in one of the custom shirts yelled as she was escorted out of the house of worship. “I was there.”

Gospel songs could be heard coming through the church doors while a man attempted to calm the woman down, urging her, “Not here, not now.”

“Everybody relax,” the pastor, Joseph Jones, encouraged those gathered outside. “We’re not going to end on this note.”

Pallbearers, including the boy’s father, Darnell Wolfe, then carried out his tiny blue casket, emblazoned with the initials “AWD,” and placed it in a waiting hearse.

“I just buried my son. I have no words at the moment,” the distraught dad told The Post shortly after the service.

As people exited the church, a separate argument erupted between two groups of mourners in the parking lot, though it was unclear what the squabble was about.

The service came 10 days after Ayden was found naked and unconscious in the bathtub of his apartment at the St. Nicholas Houses on West 131st Street.

His body was covered from head to toe in bruises and cuts, both old and new. He also had multiple broken ribs and had been beaten so severely that deep cuts were found on his spleen, liver, kidney and renal vein, according to court papers.

The cause of death was battered child syndrome, a clinical condition in young children who have suffered serious physical abuse, usually at the hands of a caregiver.

Pastor Jones, of the church where the funeral was held, said the boy’s death should be a wake-up call to the community to be “more vigilant.”

“None of us can say that that’s not my child. It’s always all of our children,” Jones said.

Mourner Jason Watson, who said his daughter was best friends with Ayden, shared fond memories of the boy.

“Like if you got a chance to be around that kid, you’ll know that every moment of being around them, it was the same experience.

“He sold you love, kindness, joy, excitement. He brought out the best in everybody. He was a positive kid, a positive role model to all kids.”

Watson’s daughter is “sad and hurt” over Ayden’s death, he said.

“I can’t even bring her to the funeral today because it would traumatize her to bring her here,” he said.

“His mother was a good mother,” Watson added.

“[I don’t know] know the full details of it, but all I know that mother was a good mother to that kid.”

In a Facebook post before the funeral, Ayden’s dad thanked family and friends for their support and prayers amid the tragedy.

“This life will be celebrated for a long time and many things will come of this loss,” Darnell Wolfe wrote. “Because [Ayden] will forever sit in the hearts of the lives that he touched.”