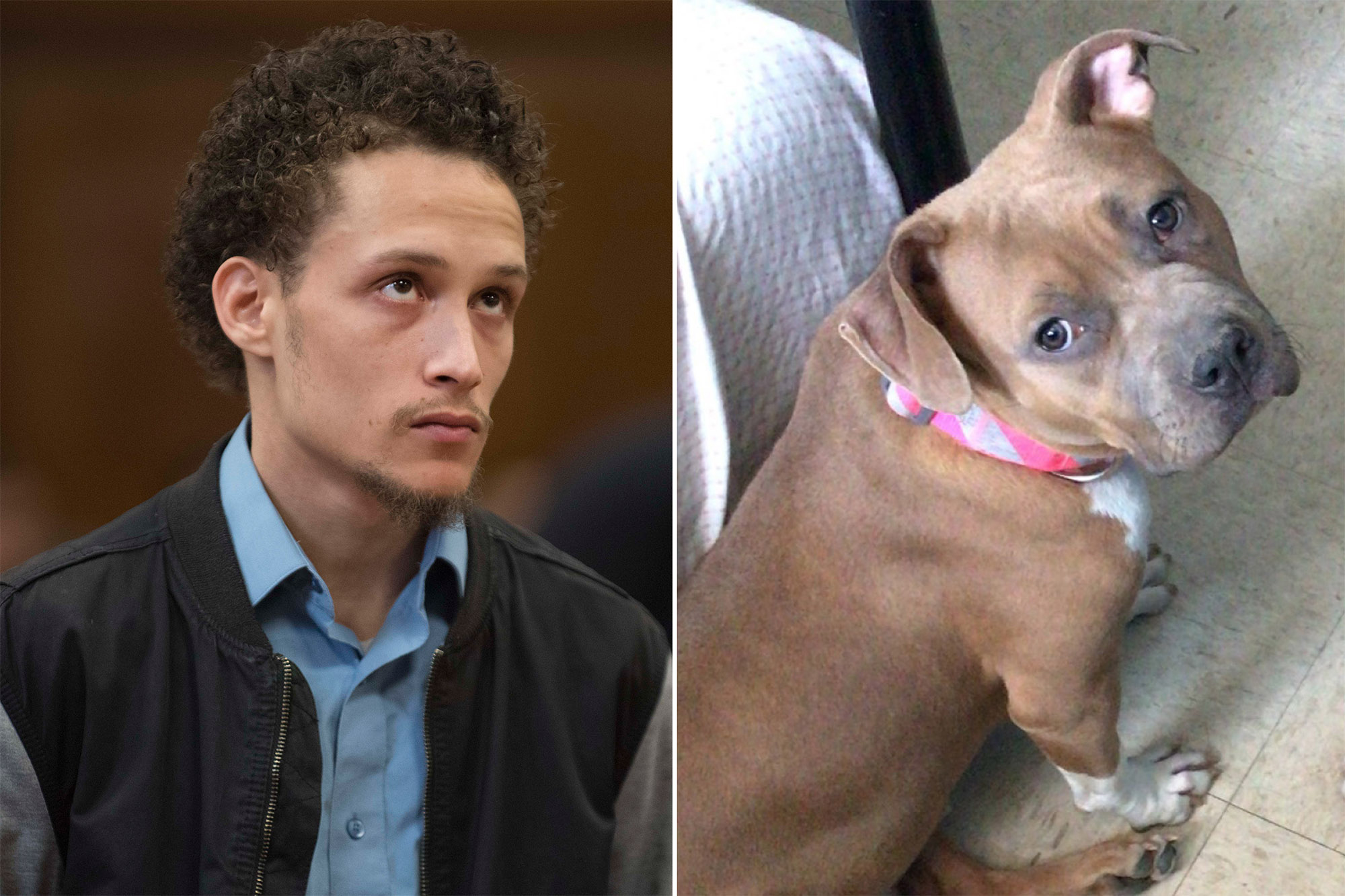 Lawyers for the man who filmed Eric Garner’s fatal confrontation with cops want his bail terms eased — so he can take his two homebound Pitbull puppies for walks, new court papers say.

Ramsey Orta — who was released Jan. 14 on a $150,000 bond to home detention on a gun rap — has been unable to take the pooches outside, leaving them to urinate and defecate in the small apartment he shares with his brother, grandfather, and brother, according to the Brooklyn federal court filing Tuesday.

Federal defender Deirdre von Dornum asked the court to modify his bail conditions so he can provide the dogs some relief — and included photos of the 8-month-old pups and their urine puddles.

Orta is currently only allowed to leave the apartment for work purposes along with legal and medical appointments, the papers state.

His grandfather and mother aren’t “strong enough to control the dogs on a walk” and his younger brother is a student who isn’t around,” the filing says.

“The dogs have been largely confined to the bedroom shared by Mr. Orta and his brother, and forced to urinate and defecate in that same bedroom multiple times a day,” his lawyer wrote. “I respectfully ask that the Court explicitly modify Mr. Orta’s bond to permit him to walk the dogs three times a day for 30 minutes a walk.”

Orta famously filmed Garner’s 2014 chokehold arrest in front of a Staten Island bodega — and has been arrested several times since.

He was pulled over last September for having overly tinted windows and cops recovered a 9mm handgun during the Williamsburg bust. He faces one count of being a felon in possession of a firearm.

The video he shot of Garner repeatedly saying “I can’t breathe” while cops held him down became a viral phenomenon and fueled calls for police reform.

Uber to give UK drivers workers' rights after court defeat

Yankees need Jonathan Loaisiga to step up in unique season