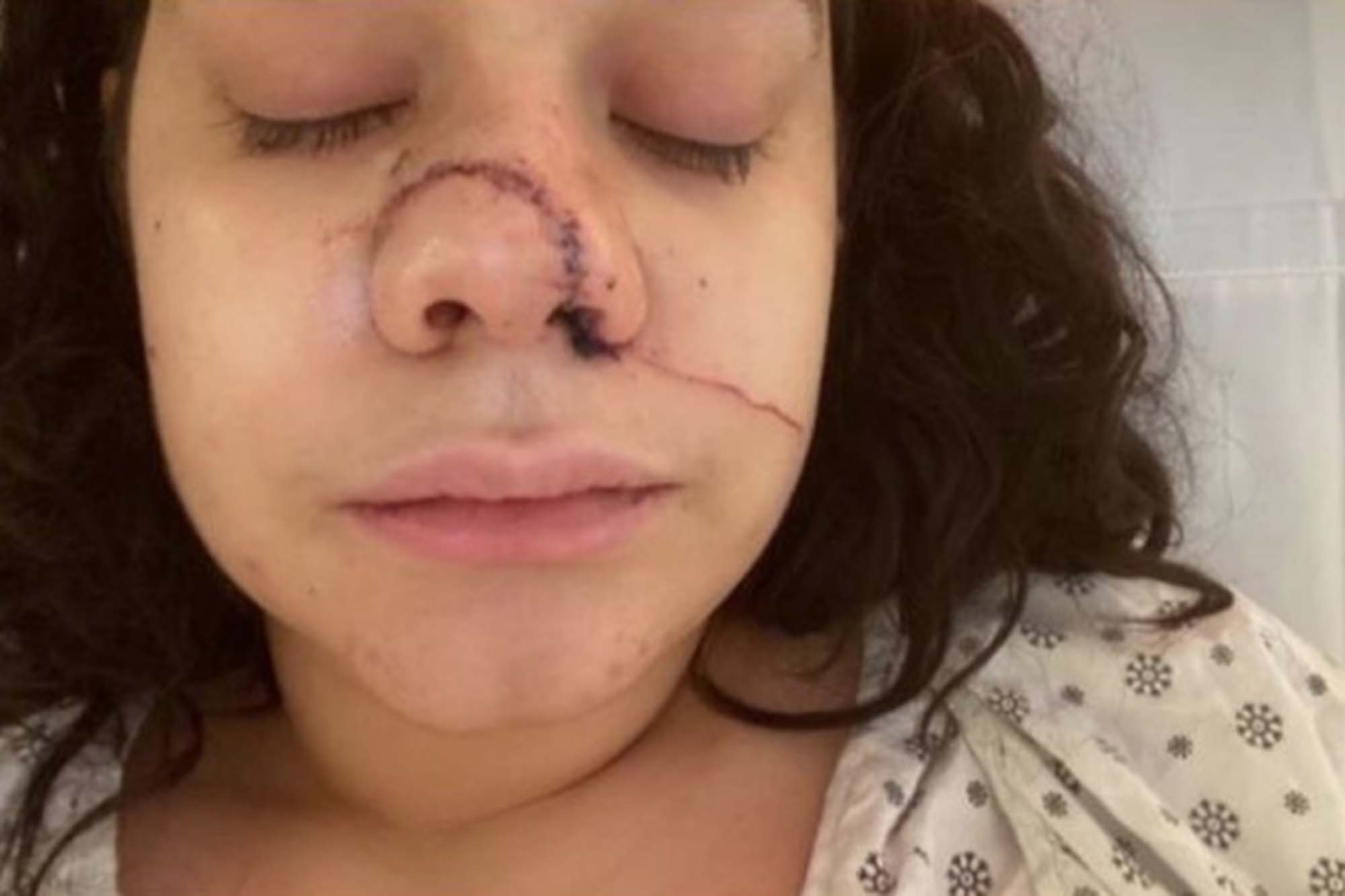 Horrifying video footage shows a man casually heading into a small Big Apple boutique — then leaping across the register to slash the lone store assistant across the face, almost slicing off her nose.

The attacker — wearing a distinctive black Adidas tracksuit with purple and orange bands on the arms — was caught on surveillance footage shared by the NYPD as he casually strolled down Audubon Avenue in Washington Heights just after 3:40 p.m. on Friday.

He paused to put his face up to the window of Steph’s Designs, walking inside to casually talk to the lone staffer, Desteny Cabrera, who did not know him, the NYPD said.

After initially having his hands in his pockets, within seconds of chatting he suddenly leaped across the counter — slashing the 22-year-old stranger across the face, the footage first shared by the store shows.

The knifeman fled from the store, tripping as he ran outside before racing across the street.

Footage posted by the store shows Cabrera standing up in shock — with blood pouring from her face into her hand.

She was rushed to a Harlem hospital in “serious condition,” the NYPD said — with police sources telling The Post that she needed surgery to reattach her nose.

“I nearly lost my life, I am beyond grateful and blessed to be alive!” Cabrera posted on social media.

“Due to the fact I was seriously injured and I left out which led me to emergency surgery I’ll be needing multiple reconstructions,” she posted — with more than $15,500 already raised in an online fundraiser.

“Thank you for everyone who has been texting, calling, DMing and most importantly sharing my story! I appreciate everyone tremendously!” she wrote.

Despite being a stranger, the store believes the same man was caught casing out the store exactly a week earlier — when his victim was not there because it was her birthday.

“Last Friday he passed by the store several times and actually got close to the windows to look inside as if he was looking for somebody and then walked away,” the store posted on social media alongside more video footage.

“As of now we are doing everything we can to locate this criminal,” the store wrote of the attack on its “dearly friend/sister/store manager Desteny.”

So far there is no known motive for the attack, police sources said.

Police asked anyone with information on the attacker to call the NYPD’s Crime Stoppers Hotline at 1-800-577-TIPS (8477) or at WWW.NYPDCRIMESTOPPERS.COM