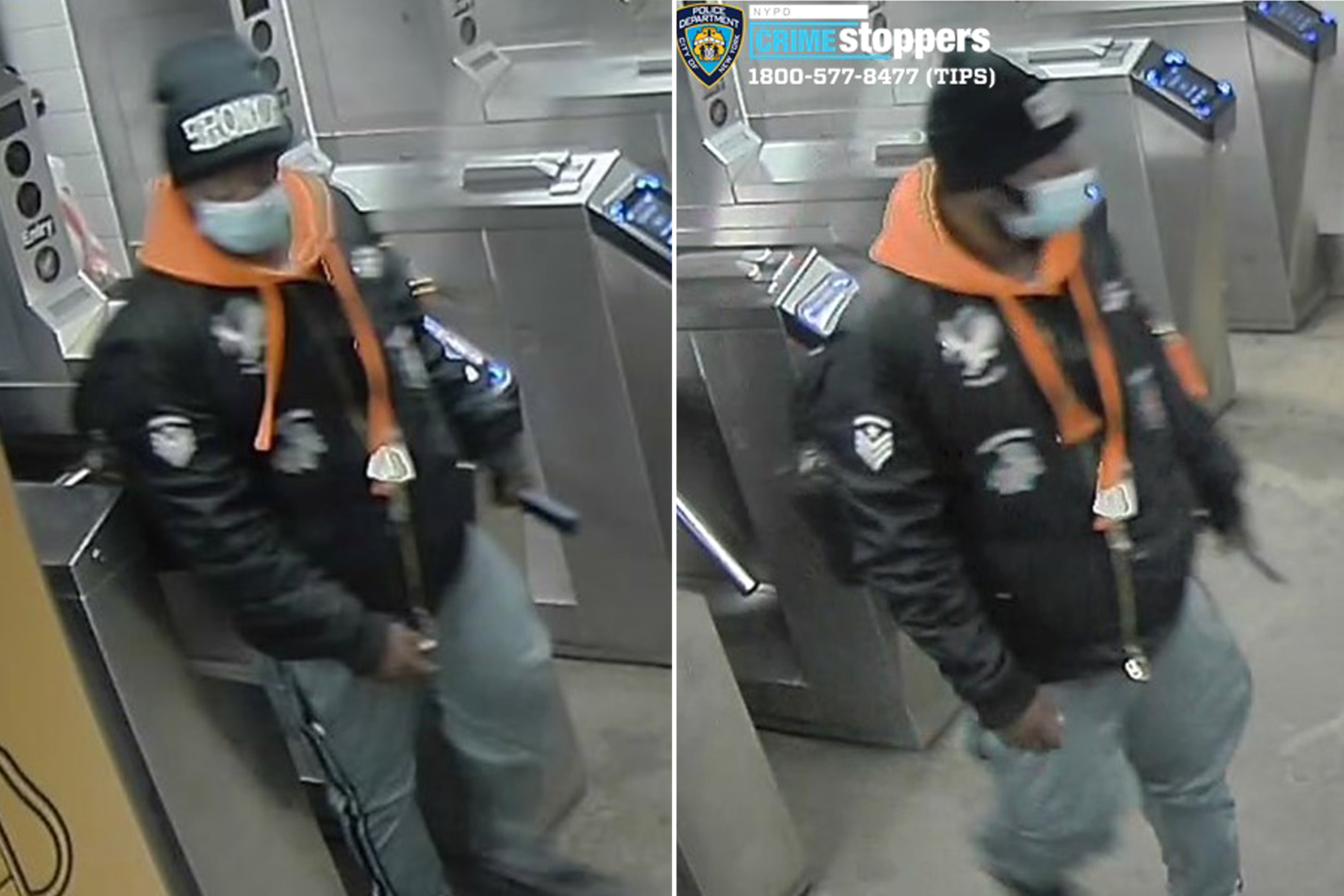 A man whacked a 45-year-old mom in the head with a sock full of coins on a Bronx train, police said.

The victim was with her 8-year-old son, and on her phone, on board a northbound 6 train entering the Hunts Point Avenue station around 3:45 p.m. Thursday when a man tripped over her foot, cops said.

He then mumbled something before whacking her in the head with the sock, authorities said.

The victim was taken to Lincoln Medical Center for a cut on her head.

Her attacker bolted from the train at the Hunts Point Avenue station.

He is pictured in surveillance images released by cops late Tuesday.

The incident comes amid multiple recent assaults in the city’s subway system.

The NYPD has said they are beefing up the number of cops patrolling the system.