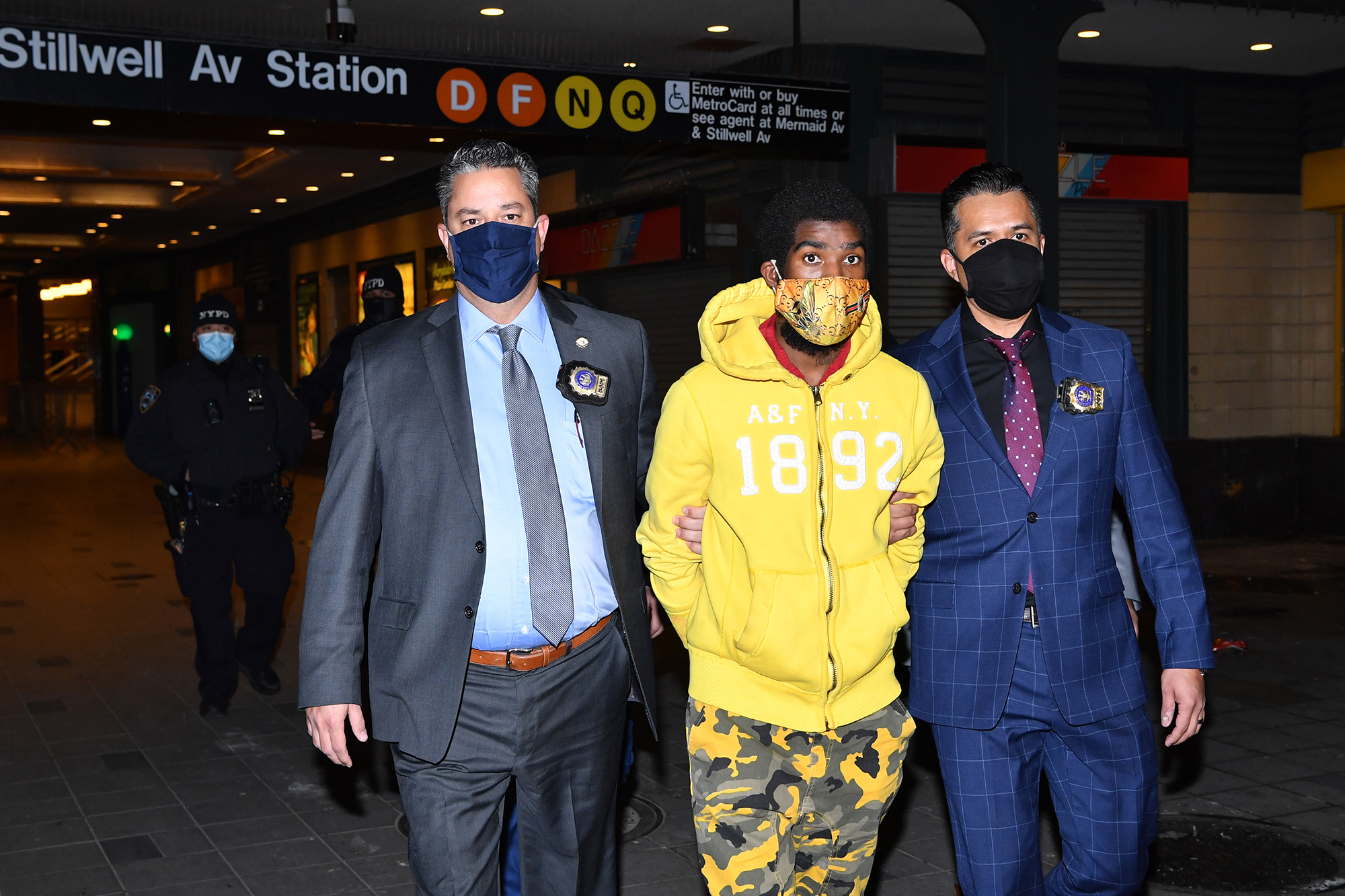 The homeless man who allegedly attacked women at a Brooklyn subway stop because they were light-skinned has been indicted on 52 counts, officials announced Wednesday.

Khari Covington, 29, was charged with the raps — including burglary as a hate crime, strangulation as a hate crime and assault as a hate crime — for five attacks on women at the Morgan Avenue subway station between Nov. 17 and Jan. 2, and another two at nearby locations.

“This defendant’s alleged violent and unprovoked attacks endangered the women he targeted and caused widespread fear in the community,” Brooklyn District Attorney Eric Gonzalez said in a statement.

“I am committed to prosecuting all hate crimes where victims, including as alleged in this case, are targeted because of their gender, skin color or race.”

When cops collared the East Williamsburg man in early January, he told detectives he targeted the woman because they were light-skinned, his criminal complaint reads.

In addition to the subway attacks, he was indicted over an assault on Aug. 5 inside 20 Morgan Ave. as well as a Jan. 4 attack in a smoke shop at 12 Wilson Ave. authorities said.

Covington faces up to 25 years to life in prison if convicted.

He appeared before Brooklyn Supreme Court Justice Danny Chun on Wednesday, and bail was continued at $150,000.

The indictment comes as city officials try to combat surging violence on the subway system.