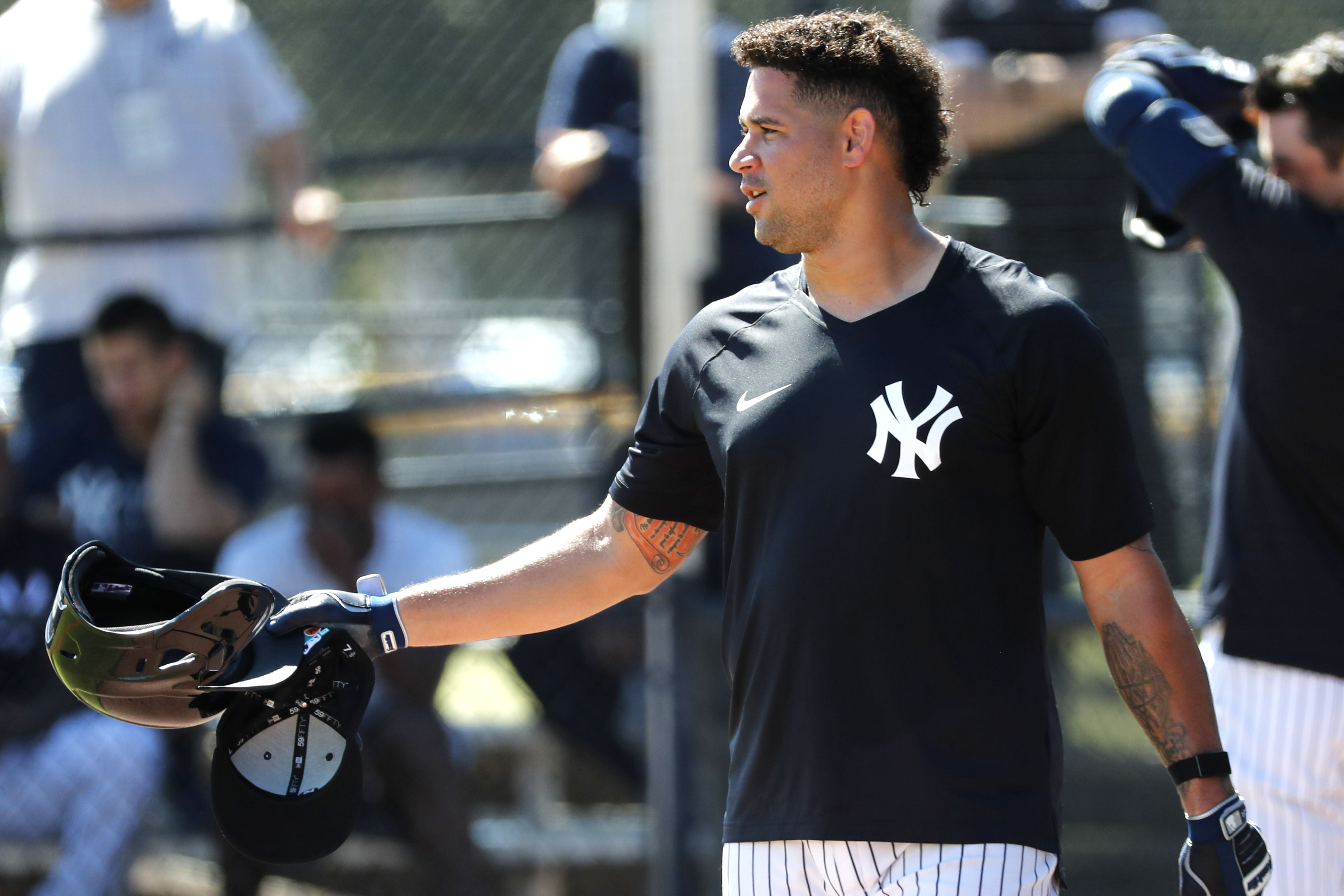 TAMPA — Gary Sanchez’s attempt to recover from his disastrous 2020 season took a step forward Monday, when the catcher impressed Gerrit Cole behind the plate — and wowed everyone with his bat.

After walking in the first inning, Sanchez came up again in the bottom of the third and blasted a 3-1 pitch over the batter’s eye in dead center — a feat not often accomplished at Steinbrenner Field.

Cole got the start and pitched one inning in his spring training debut.

Sanchez is trying to put last season behind him, when he struggled badly at the plate and behind it, and lost his starting job to Kyle Higashioka in the playoffs.

He’s impressed the Yankees since then by volunteering to get some at bats in the Dominican winter league, and the team has said his conditioning has been good.

But none of that will matter if he doesn’t get better results.

He showed he’s capable of producing power like few others in the league with his first homer of the spring off Detroit left-hander Gregory Soto after serving as the DH in Sunday’s Grapefruit League opener against the Blue Jays, when he went 0-for-2 with a strikeout.

What St. John’s must do to become Top 25 team