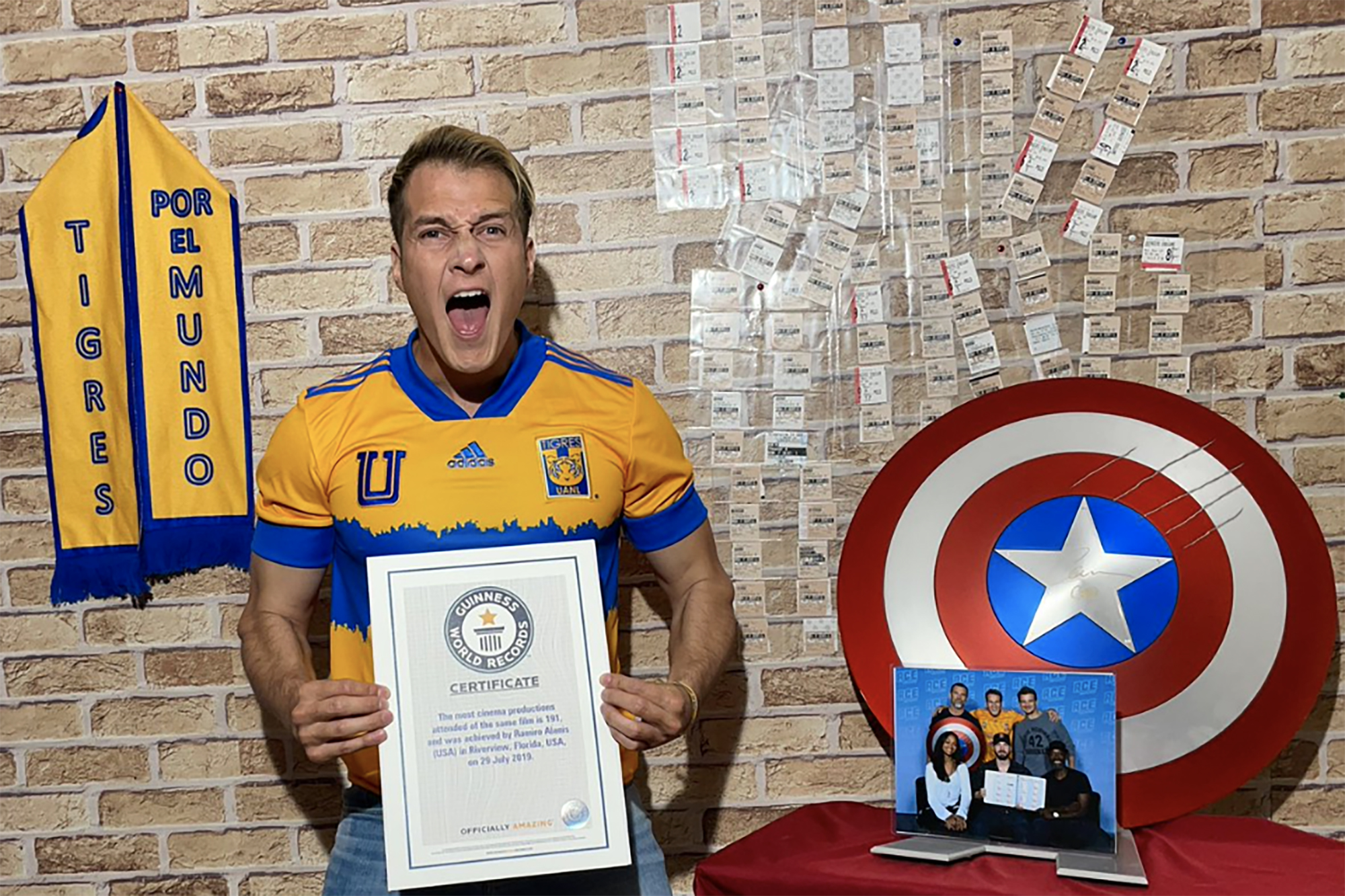 This “amazing” superfan has been crowned the unofficial king of the Marvel Cinematic Universe.

Florida-based personal trainer Ramiro Alanis has broken the Guinness World Record for “The Most Cinema Productions Attended – Same Film” after watching “Avengers: Endgame” in theaters a whopping 191 times in 94 days after the movie premiered on April 26, 2019.

“I’m officially amazing!!!” a pumped Alanis tweeted along with an image of him, his Guinness certificate, and a brick wall plastered with movie tickets. “This is priceless!!”

“The most difficult part about this attempt was giving up my social life with my family, the gym (I lost 16 pounds of muscle) and managing my work hours and screening times at the theaters,” he admitted, adding that his loved ones were still vital in enabling him to watch the film so many times. “[The] support I got from family, friends, managers and staff from the theaters I visited,” as well as support from his followers on social media, where he documented his journey, were key motivators in his completion of the highly specific challenge.

Alanis was inspired to see the 2019 flick nearly 200 times by the Guinness record’s former holder, popular YouTuber NemRaps, who scored the honor by watching “Avengers: Infinity War” on repeat much to the delight of his 450,000 subscribers.

Previously, in 2010, Alanis participated in an attempt to get a Guinness for the largest human image of a heart.

His advice to others trying to follow in his record-getting footsteps is to “plan accordingly to your record attempt and prepare yourself as much as you can, physically and mentally, all things possible.”

He has also gleaned real-world advice from the “Avengers” characters, namely that, “We might not have superpowers — but with acts of kindness we can change someone’s life.”

His favorite Marvel Universe character is thus Captain America, who “embodies many values that I stand for, righteousness, kindness, thinking about others before himself.”

Woman dies climbing to her apartment during NYC power outage