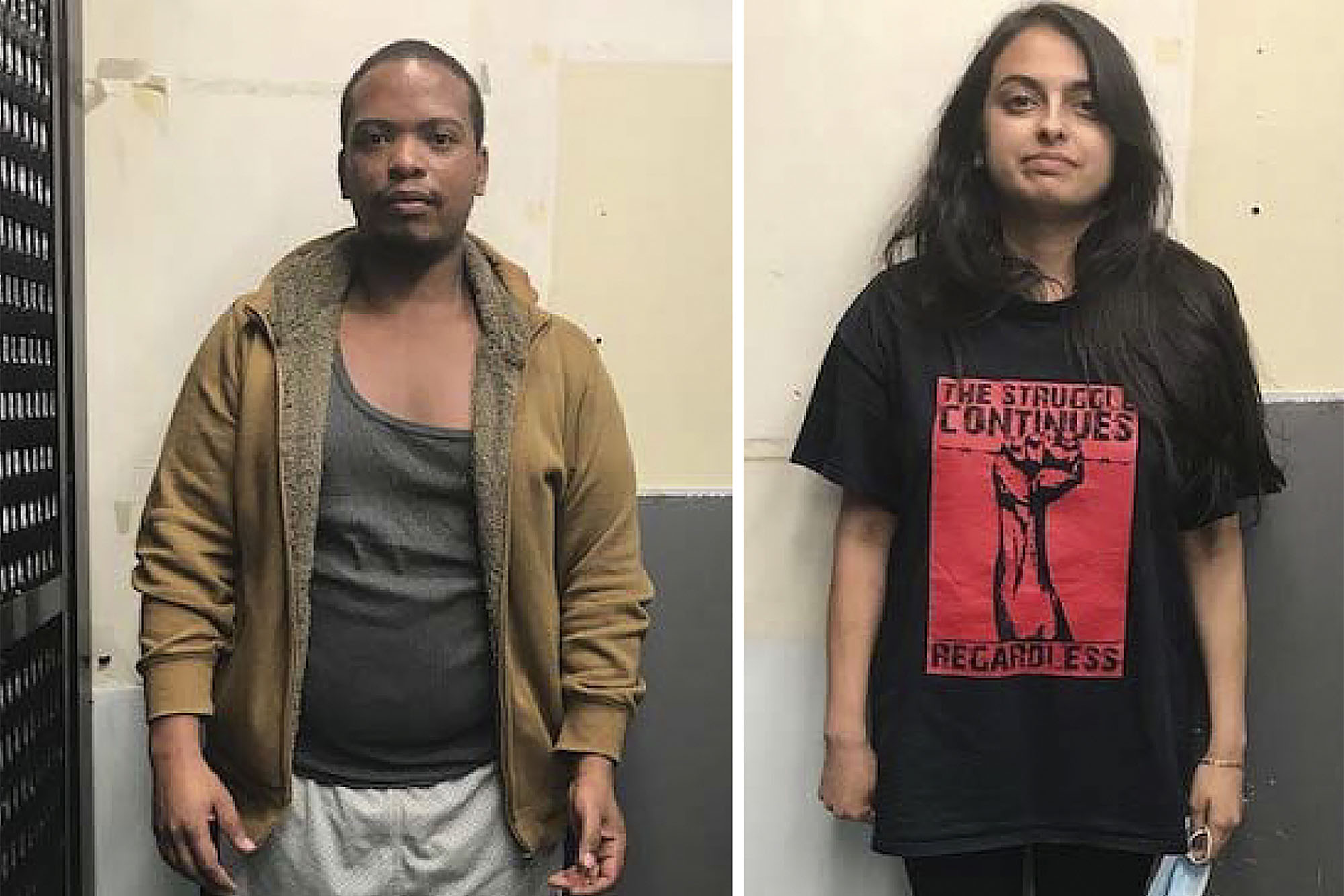 The two lawyers charged with torching an empty NYPD van during a Black Lives Matter protest in Brooklyn last summer were offered a plea deal by federal prosecutors earlier this month, according to new court documents.

The suspects, Urooj Rahman and Colinford Mattis, were offered the unspecified deal on Feb. 11, according to a court papers filed Saturday by Brooklyn federal prosecutors.

Specifics about the proposed deal were not clear — nor was whether they accepted.

Prosecutors asked for more time before the next status hearing in the case to “enable defense counsel to review the plea offers with the defendants and for the parties to engage in further plea negotiations.”

The pair faced life behind bars when they were indicted last summer on charges including arson, conspiracy and use of explosives.

As anti-cop protesters faced off with police outside the 88 Precinct stationhouse on May 29, Rahman allegedly tossed a Molotov cocktail at an empty NYPD van nearby.

Mattis acted as the wheelman during the firebombing and drove off after the van ignited, but the two were arrested a short while later, prosecutors allege.

Prosecutors said in a detention memo at the time that they were trying to pass out Molotov cocktails to protesters at the demonstration.

Mattis, a graduate of Princeton University and the New York University School of Law, was an associate at corporate Manhattan firm Pryor Cashman, but had been furloughed last spring, according to the firm.

Rahman was also a registered attorney in New York state, who was admitted to the bar in June 2019 after graduating from Fordham University School of Law.

Attorneys for both Rahman and Mattis declined to comment.

Former Christ the King stars in thick of March Madness 2021

Panthers’ flurry of moves all point to Deshaun Watson push