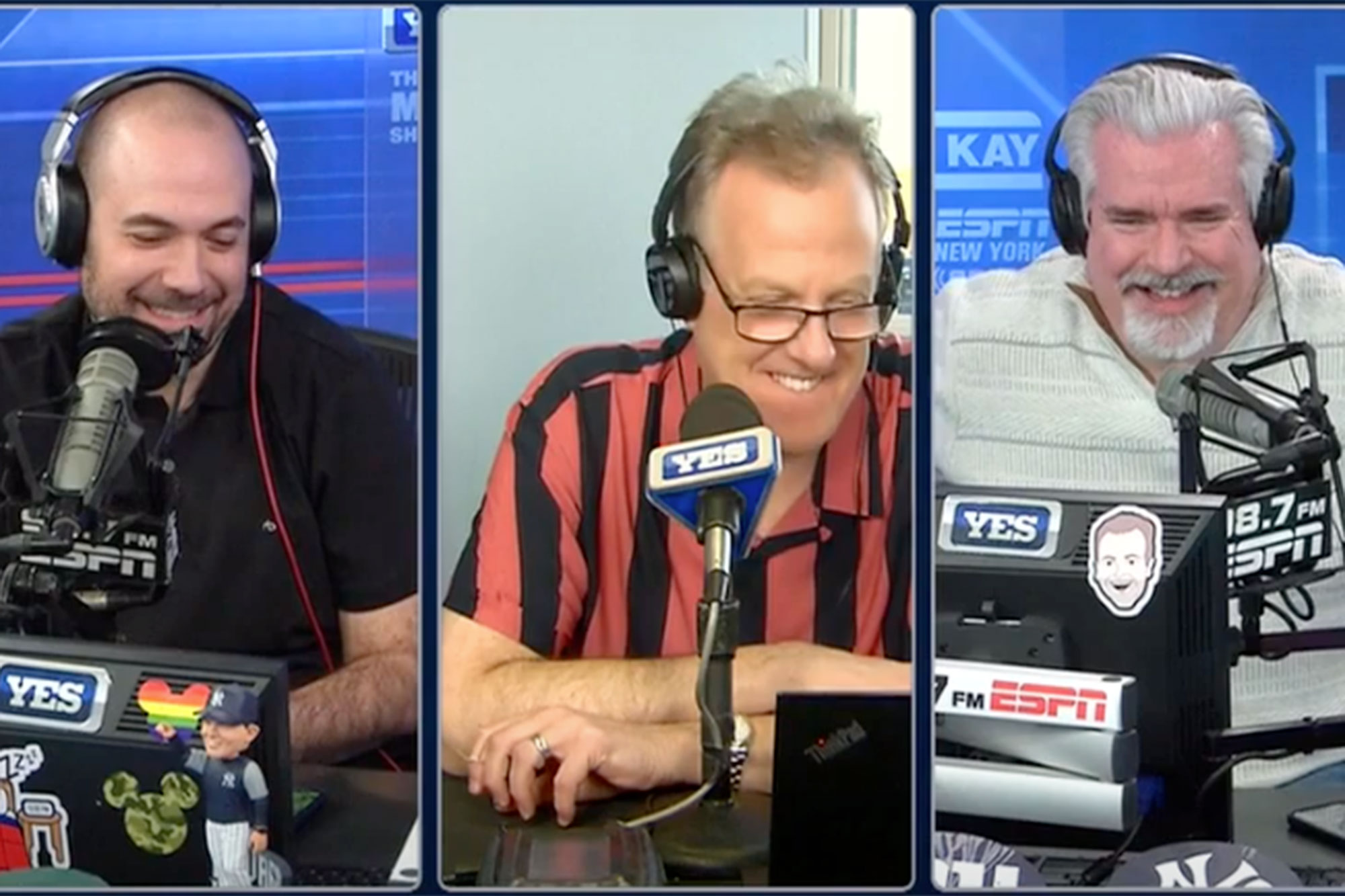 On 98.7 FM, the lowly-rated “Max Kellerman Show” is out from 2-3 p.m., making way for Kay to face WFAN on more equal footing. The tortured schedule that ESPN New York has had is smoothed out a bit more in this arrangement.

Beginning Monday, the Kay Show, which previously ran from 3-7 p.m., will go from 2-6:30 p.m. Chris Carlin will begin a half-hour earlier on 98.7 FM when ESPN doesn’t have pregame shows.

In the first two months of the winter ratings book, “Carton & Roberts” had a lead in the 25-54 male demographic when both shows’ streams are included. The two sides dispute how to look at Nielsen Audio’s ratings. The way ESPN NY looks at it, it is winning.

While the ratings were a factor, the impetus of the move was the Yankees’ schedule, which features a lot of 6:30 p.m. starts at the beginning of the season. Kay, the TV voice of the Yankees on YES, would be forced to leave the program at 5:45 p.m. In this new setup, Kay will be on the show that bears his name basically throughout on those days.

Kay’s show has been hampered by Kellerman’s dreadful numbers in the fight with WFAN. The lead-in now will offer much less of an excuse as Bart Scott and Alan Hahn host a local/national hybrid show from noon to 2 p.m. Kellerman will still be on the often fuzzy signal of 1050 AM in New York.

Mother of boy bludgeoned to death in NYC investigated for neglect

Tiger Woods’ car accident has us rooting for another comeback story