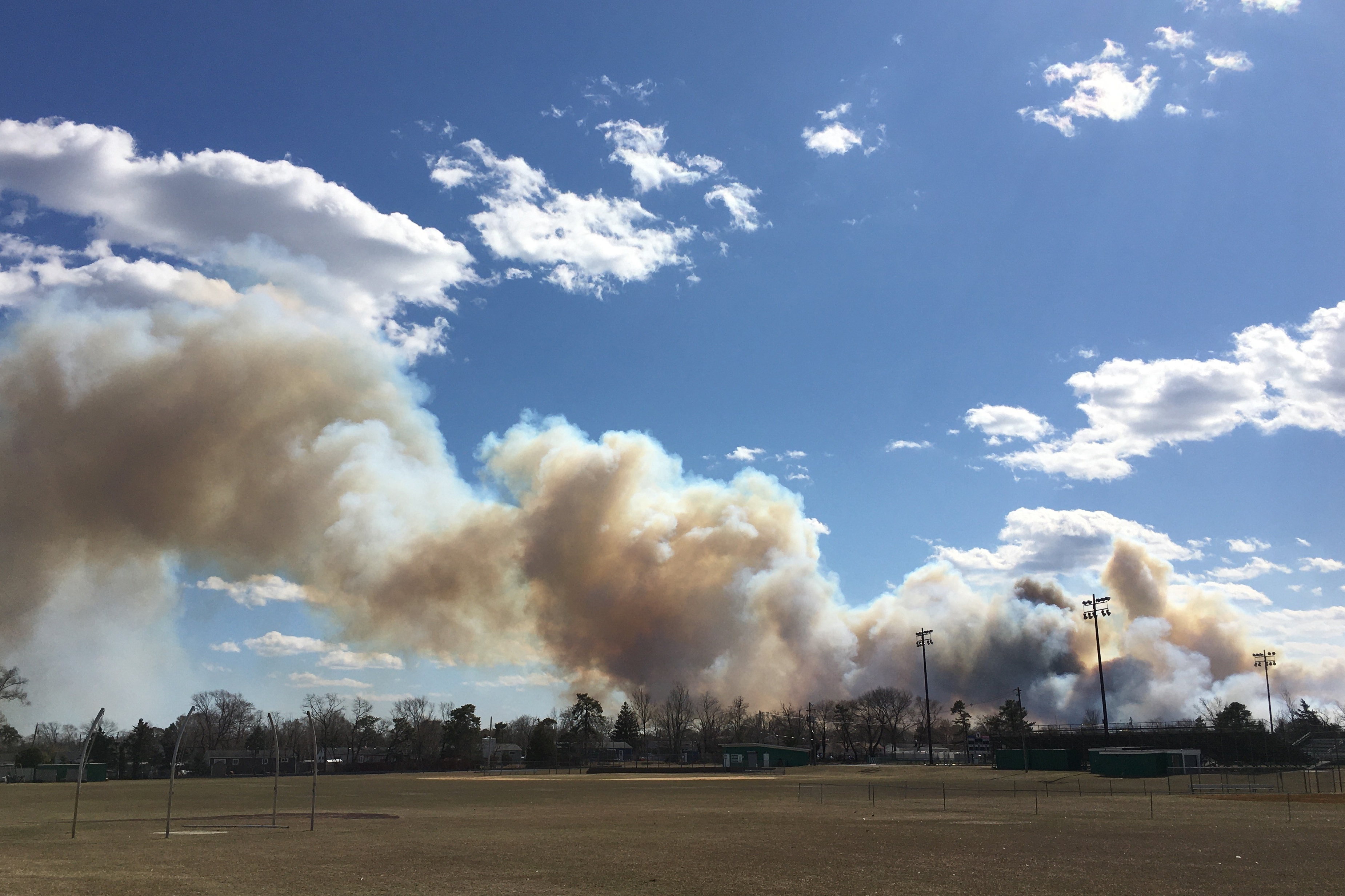 Nearly 30 homes and two commercial buildings have been damaged in a New Jersey forest fire that ignited Sunday and quickly spread amid windy and dry conditions, according to reports.

The fire started in Lakewood at about 1 p.m. and later moved into Brick, where 29 homes were damaged — three of them left uninhabitable, the Asbury Park Press reported, citing Brick Mayor John Ducey.

The blaze started out relatively small, burning an area of less than a quarter of a football field when it was first reported, NJ.com reported.

The Garden State Parkway between exits 83 to 90 was temporarily shut down Sunday due to the fire.

“We have two helicopters and a single engine air tanker working the fire,” Caryn Shinske, a spokeswoman for the New Jersey Department of Environmental Protection, told the Asbury Park Press.

At least one firefighter has been injured fighting the fire, the reports said.

Weather conditions in New Jersey have been ripe for the spread of brush fires, with strong winds and low humidity.