Daddy dilemma for scandal-scarred Andrew Cuomo and his three daughters

She’s standing by her dad.

Mariah Kennedy-Cuomo was seen arm-in-arm with her embattled father outside the Executive Mansion in Albany as he took a phone call Friday.

But it is not clear how Gov. Cuomo’s other two daughters are reacting to the sex-harassment scandal engulfing their dad, especially Michaela, 23, who was an outspoken advocate for sexual-assault victims while a student at Brown University. All three daughters have been mum.

In 2019, Michaela argued in a Brown Political Review essay that official sexual-assault investigations serve to defend the powers that be rather than “to decipher the truth or dole the consequences.”

The title of Michaela’s essay: “Institutional Gaslighting; Investigations to Silence the Victim and Protect the Perp.”

Gov. Cuomo is now under probe by a former political ally, Democratic state Attorney General Letitia James, after as many as seven women — one who claimed she was groped by the governor under her blouse — have come forward with allegations. He has denied the claims, but apologized if his behavior made any of the women feel “uncomfortable.”

Michaela wrote at the Ivy League institution she attended that “survivors deserve to be believed and supported in their desired course of action.”

Michaela also founded an activist group called “Cultivating Upstanders for Sexual Assault Prevention,” or CUSP, according to her LinkedIn. A post on the group’s Instagram lays out “The Rape Pyramid,” asserting that an “unwanted touch” would “reinforce and excuse higher-up actions.” The group’s Twitter account, @MakeLovebyCUSP, has been deactivated.

Throughout 2020, the three daughters Cuomo has with ex-wife Kerry Kennedy — Cara and Mariah are 26-year-old twins — guest-starred in Gov. Cuomo’s Emmy-winning televised COVID-19 press briefings. They were also drawn as characters on the governor’s taxpayer-funded poster exalting his administration’s handling of the pandemic as “pulling down” the infection rate.

Now, the governor faces mounting accusations of mishandling the pandemic, as well as sexual harassment and bullying. He has resisted calls to resign, including from many fellow Democrats, instead calling his critics “reckless” for making up their minds ahead of official investigations.

His daughters’ social media on the matter have been silent.

On March 9, Gov. Cuomo told reporters that he had discussed the sexual-misconduct allegations with them.

“I told them what I told you, which is I never touched anyone inappropriately. I never made any inappropriate advances, and no one ever told me that they felt, at the time, that I made them feel uncomfortable or awkward,” he said, according to reports. “Let’s have an investigation and get the facts.”

Michaela tweeted in July that she was looking for love, joking there was “more room for significant others on #boyfriendcliff.” One of her sisters’ beaus was depicted in the COVID-19 poster as clinging to the edge of the “Boyfriend Cliff.”

Mariah, also a Brown alum, appears to be dating Tellef Lundevall, a former wide receiver on her alma mater’s football team, according to her Valentine’s Day Instagram post.

As for Cara, The Post exclusively reported last year that she had been dating Dane Pfeiffer, a state trooper assigned to her dad’s security detail. After Gov. Cuomo learned of the relationship, Pfeiffer was transferred to a post near the Canadian border. 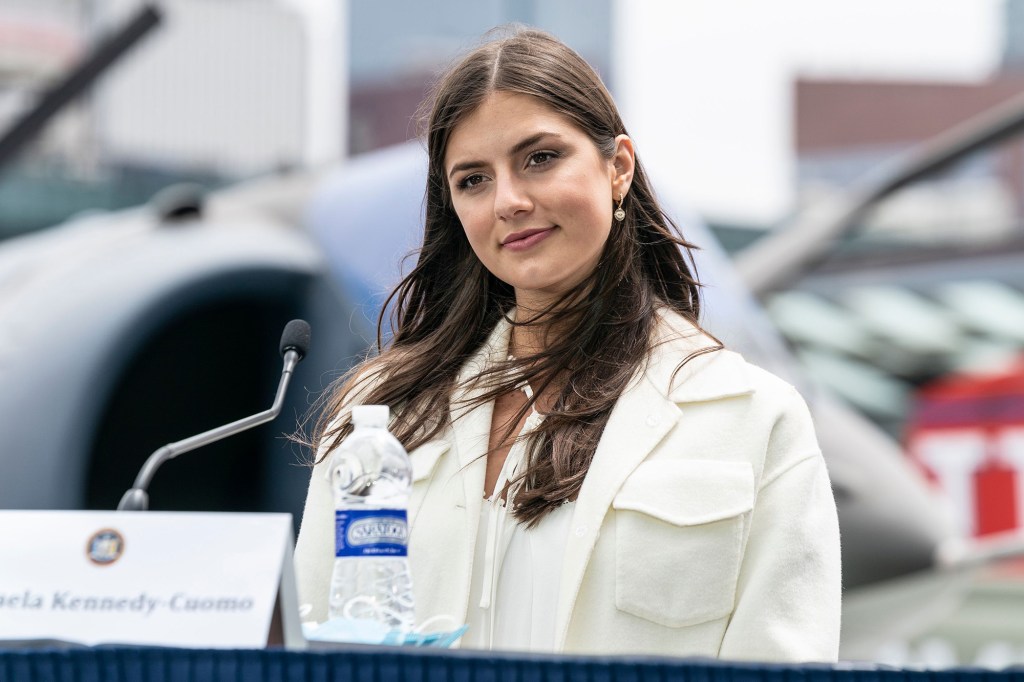 Michaela Kennedy-Cuomo at a press conference in NYC on May 25, 2020. 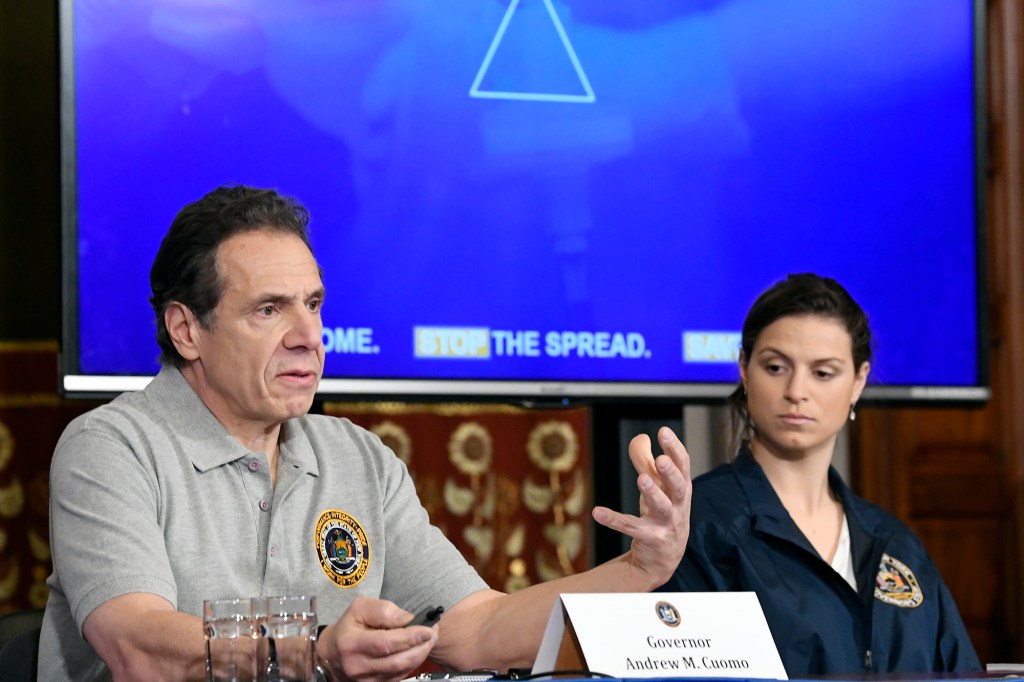 Gov. Cuomo and his daughter Cara Kennedy-Cuomo during a COVID briefing on March 23, 2020.

If NFL free agents were items stuffed into a stadium…

Straphanger dies after jumping in front of NYC subway train