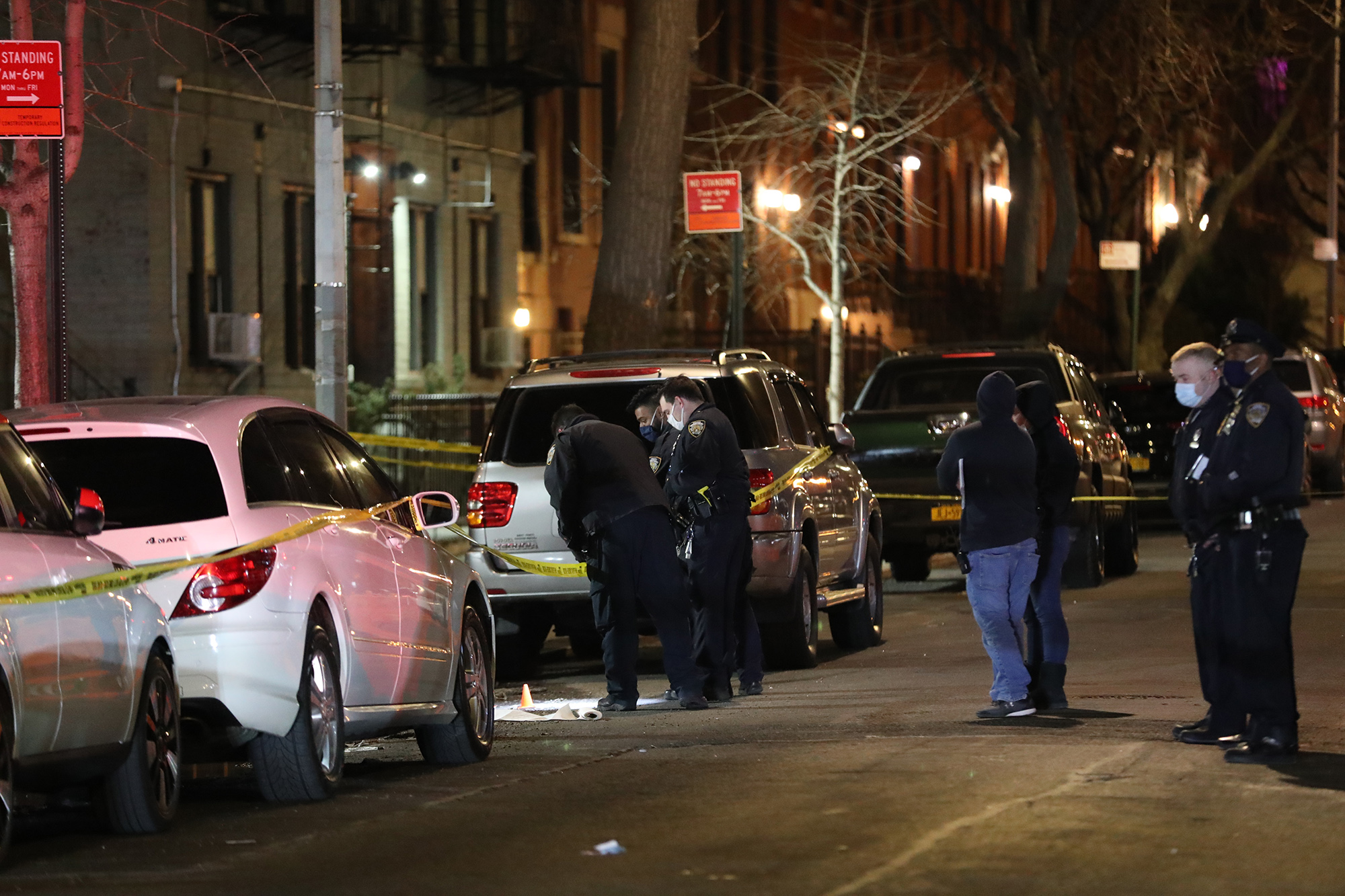 Video captured portions of a fatal Harlem shooting that sent police on a 60 block chase to Midtown late Monday night and shows the victim trying to get back into the vehicle after being shot but then collapsing to the ground, police sources said Tuesday.

Police officers were on an unrelated car stop around 117th Street and First Avenue when they heard gunshots ring out from the direction of East 118th Street around 10 p.m. and saw a driver in a silver BMW with Virginia plates speed off, the sources said.

They pursued the car south on the FDR Drive to East 53rd Street, where it exited and the front passenger jumped out and hid behind a vehicle.

The officers then chased him on foot and caught him in the area of East 53rd Street and Sutton Place, police said.

The man was taken into custody but hadn’t been charged or identified as of Tuesday afternoon, cops said.

Officers who searched the area where he exited the car found a Black 9mm Beretta that had been reported stolen from Georgia in December, the sources said.

The shooting victim, who also hasn’t been identified, was shot in the chest and arm, the sources said. He also had a weapon on him.

Video obtained by cops shows the man who was killed getting out of the car just before the shooting, according to police sources. Then, people in the video can be seen reacting to shots being fired.

The victim runs back into camera view and tries to get into the rear of the BMW but collapses to the sidewalk. Police are searching for the BMW.

The top 10 March Madness teams of all time, ranked