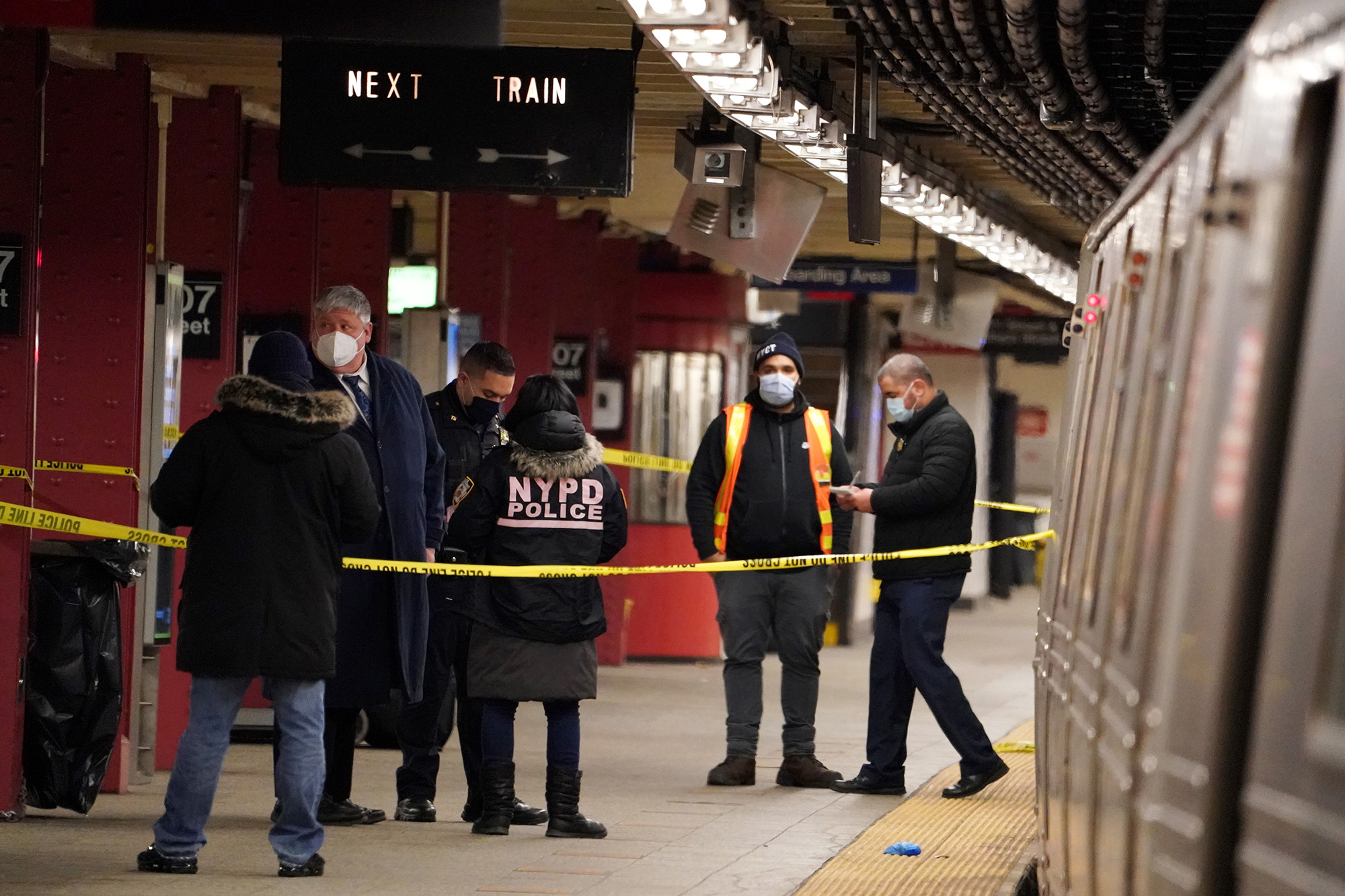 The NYPD arrested 51 suspects carrying guns or blades in the subway system over the first two months of the year.

Among those collared was a knife-wielding madman wanted in a gruesome spree that left two homeless people dead and two others slashed along the A line last month.

Cops reported 47 arrests in incidents involving knives, razors or other cutting instruments, four gun-related arrests, from Jan. 1 to Feb. 28, according to NYPD data.

During the same period last year — before COVID-19 lockdowns turned the subways into ghost towns — the NYPD recorded 83 arrests for blades and seven for guns.

The 43 percent dip in arrests in 2021 does not ensure there is light at the end of the subway tunnel.

“According to the stats, crime in the subway is low, but remember so is ridership due to the lockdowns,” said Joseph Giacalone, a retired NYPD sergeant who teaches at John Jay College of Criminal Justice.

For the first two months of 2021, overall crime in the transit system is down 59 percent, with 217 incidents compared to 530 during the same period in 2020, the NYPD data shows.

Grand larcenies and robberies are way down, but felony assaults saw an uptick of 1 percent uptick (79 from 78). There were no subway murders last year.

The NYPD deployed 644 new officers into the city’s subway system on Feb. 16 amid the outcry about violent crime on the rails.