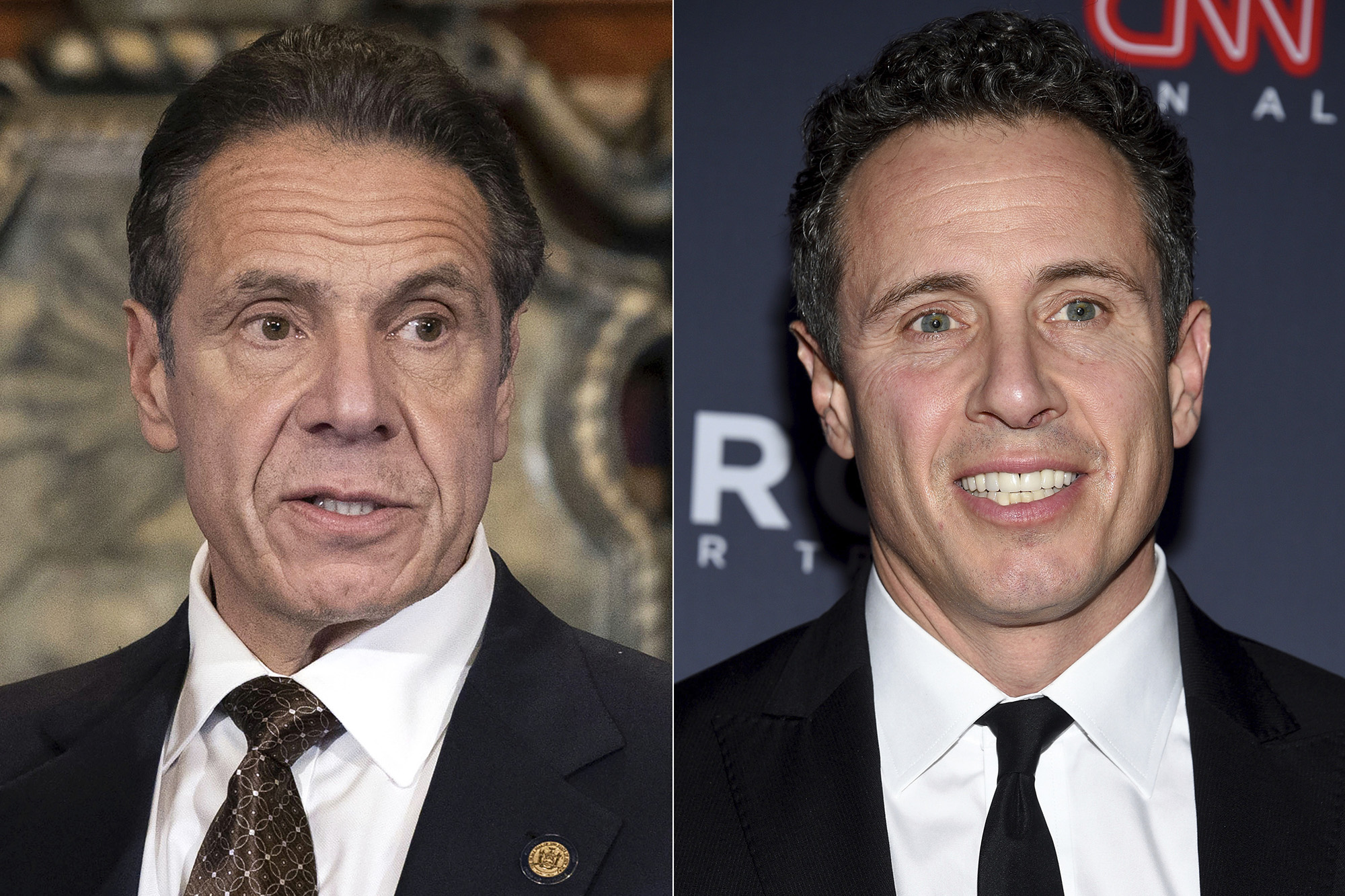 CNN anchor Chris Cuomo on Monday addressed the mounting sexual harassment scandal engulfing his brother, New York Gov. Andrew Cuomo, telling viewers that he “obviously” would not be covering it.

“Obviously I am aware of what’s going on with my brother,” the anchor said at the top of his primetime show. “And obviously I cannot cover it, because he is my brother.”

“Now, of course CNN has to cover it,” the host continued. “They have covered it extensively and they will continue to do so.”

“I have always cared very deeply about these issues and profoundly so,” Cuomo, 50, added. “There’s a lot of news going on that matters also so let’s get after that.”

The awkward acknowledgement came as a third woman came forward to accuse the governor, 63, of inappropriate sexual behavior.

In response to Chris Cuomo’s statement, several on Twitter said it made sense for the journalist to recuse himself from covering a family member.

However, others noted that no such conflict of interest seemed to exist when things were going well for Andrew Cuomo.

The governor made regular appearances on his younger brother’s show at the height of the coronavirus pandemic. The two would joke around during the segments, including about Andrew’s relationship status.

CNN recently reinstated a ban on Chris covering his sibling after an exclusive Post report found his administration covered up thousands of nursing home COVID-19 deaths.

Hannah Donker talks being The Weeknd’s love interest in ‘Secrets’