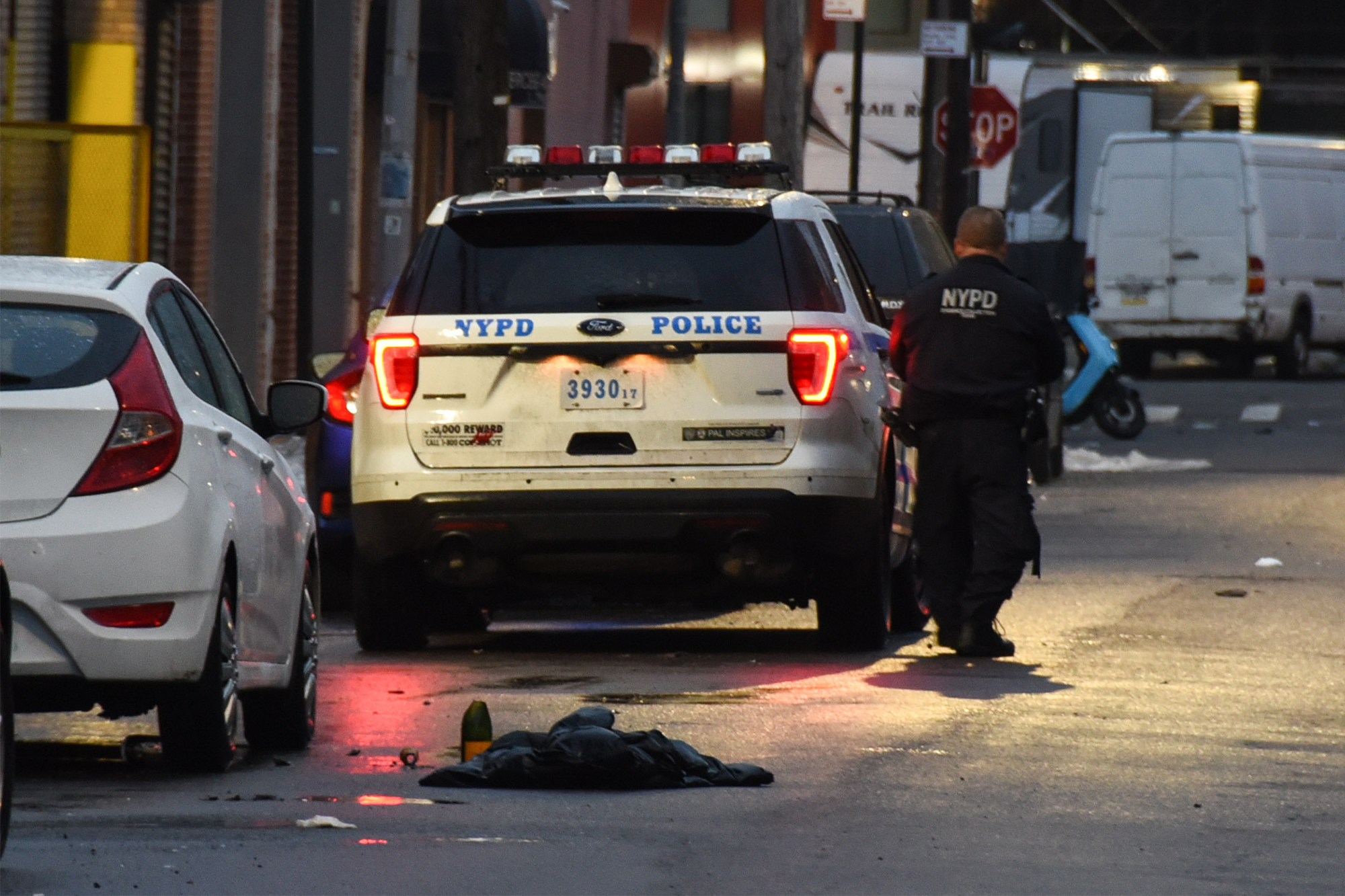 The bloodshed occurred over a two-hour span in the Bronx, Queens, and on Staten Island, where in the latest incident, a woman was shot twice in the left foot near Bay and Wave streets in the Stapleton section at 4:30 a.m. Saturday, cops said.

The suspect, a thin, 5-foot-9 man, sped off in a white vehicle. The woman, 31, was taken to Richmond University Medical Center with non life-threatening injuries, police said.

At 3:45 a.m., police were called to 2511 Third Avenue in the Mott Haven section of The Bronx, near East 138th Street, where a 25-year-old man was shot in the back and a 30-year-old male was stabbed in the torso inside the location, the department spokesman said. Both men, described as uncooperative, were taken to Lincoln Hospital in stable condition, police said.

The overnight gunplay began in the Bronx at 2:20 a.m. when a 20 year old man was shot in the right knee and ankle on the 400 block of Swinton Avenue, near Sampson in Throgs Neck, cops said. The allegedly uncooperative victim was taken to Jacobi Medical Center with non life-threatening injuries, an NYPD spokesman said.