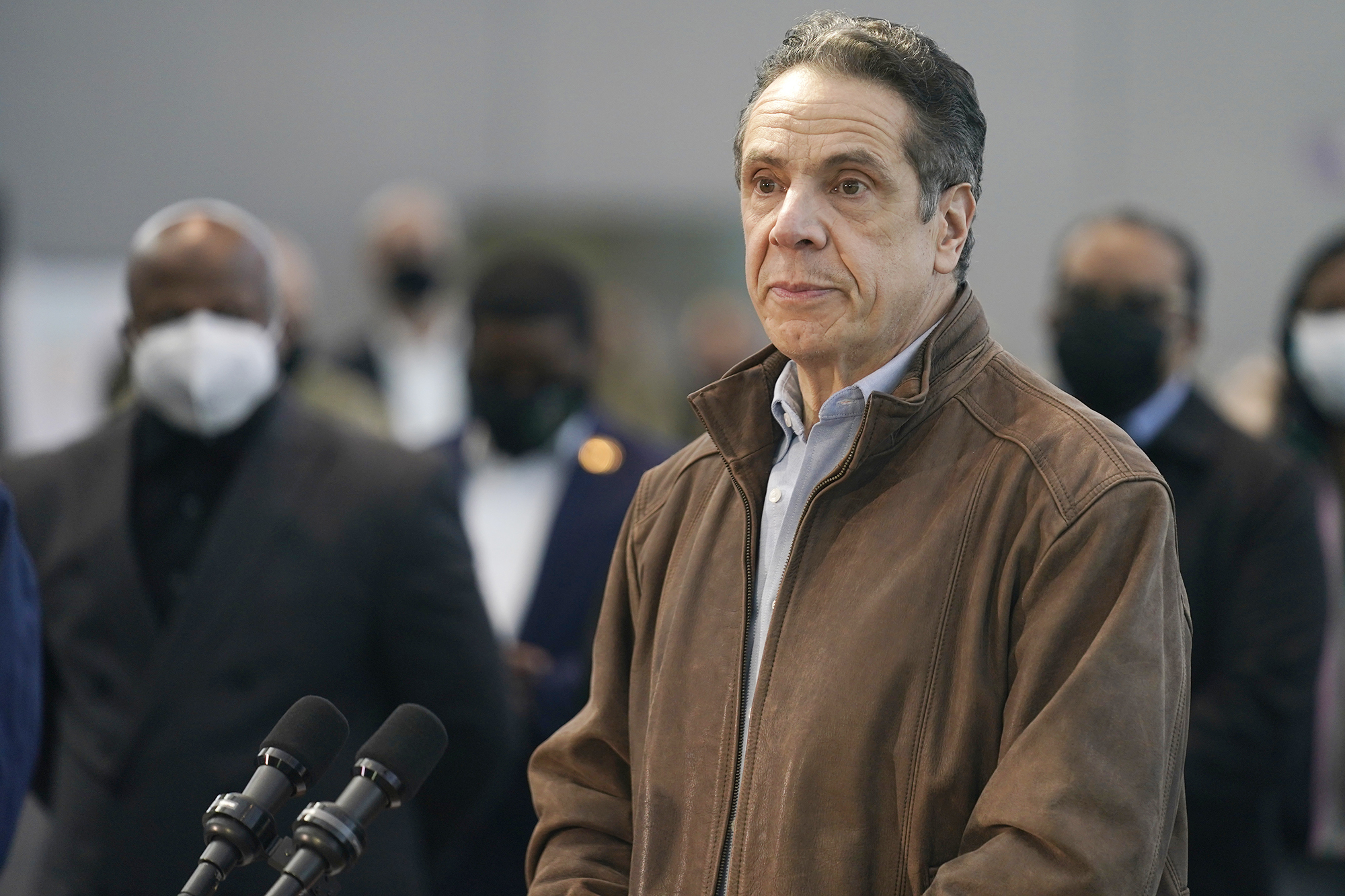 Republicans in the state Assembly have drafted a resolution to start impeachment proceedings against Gov. Andrew Cuomo in the wake of mounting allegations of inappropriate behavior with younger women and the controversy over nursing home deaths from COVID-19.

The resolution will be introduced before the end of the day Monday, a spokesman for Assembly Minority Leader Will Barclay (R-Syracuse) said.

At an earlier press conference, Barclay said, “We’re going to introduce this resolution because we believe the time has come.”

“There’s been one bombshell after another,” Barclay said.

“I don’t think I’ve used the term bombshell, especially this weekend, anytime more in my life.”

A short time later, a group of 20 Democratic assemblywomen — including some of the chamber’s most powerful members — signaled they would oppose impeachment proceedings before the conclusion of a pending probe of the allegations against Cuomo.

On March 1, Cuomo’s office authorized Attorney General Letitia James to hire an outside law firm to conduct the independent investigation.

“We believe that the Attorney General will exercise due process and expediency in her deliberations,” the Democratic women said.

“We request that she be allowed the appropriate time to complete her investigation rather than undermine her role and responsibility as the chief law enforcement officer of the state of New York.”

The dueling  moves came after Cuomo on Sunday reportedly told Senate Majority Leader Andrea Stewart-Cousins (D-Yonkers) that lawmakers would have to impeach him if they want him out of office.

That conversation, reported by the Associated Press, came shortly before Cuomo publicly vowed for a second time not to resign over the scandal — which led Stewart-Cousins to issue a statement calling on him to quit.

“Every day there is another account that is drawing away from the business of government,” she said.

“We need to govern without daily distraction. For the good of the state Governor Cuomo must resign.”