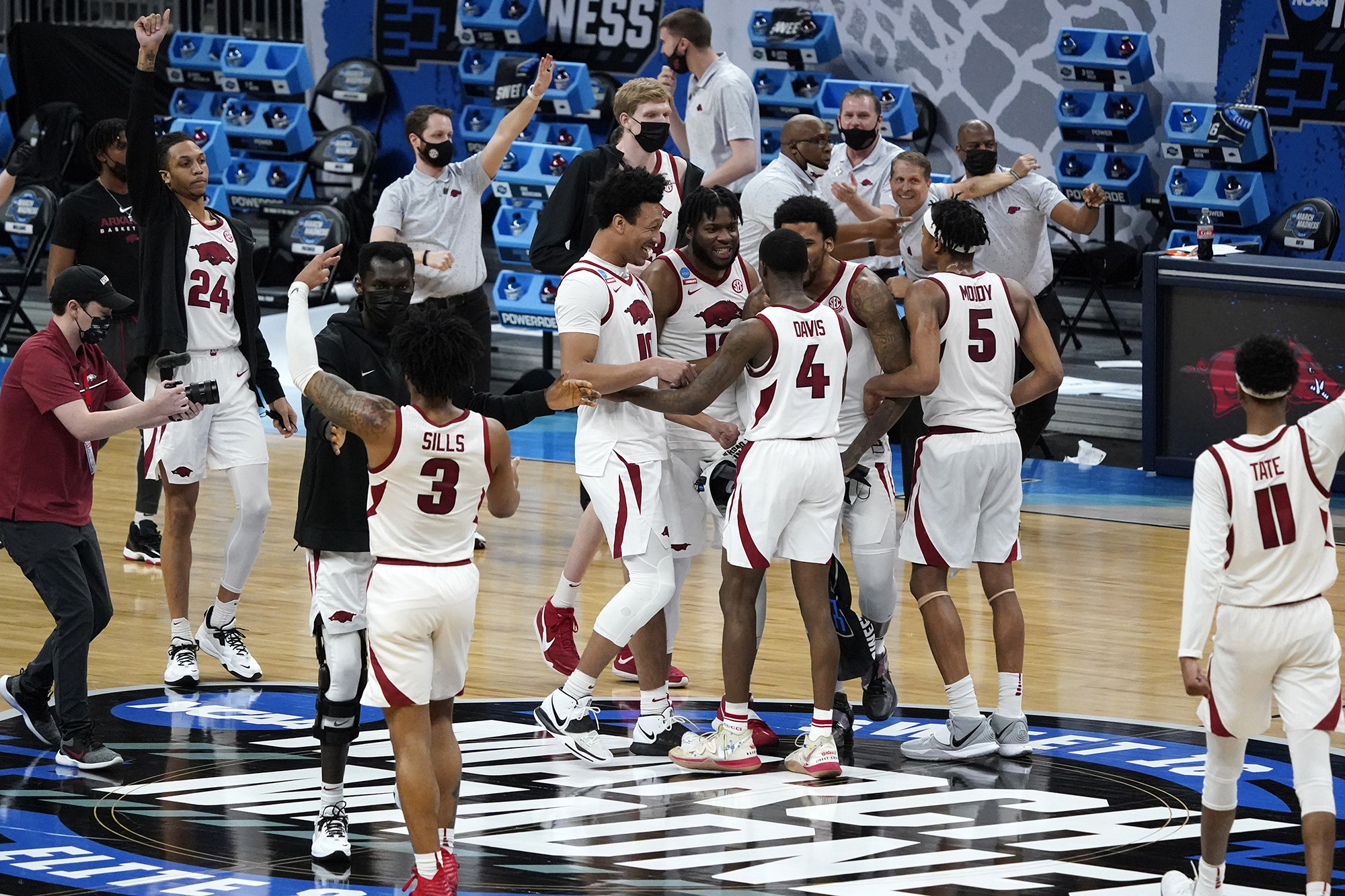 In a year of chaos in the NCAA Tournament, Baylor, the No. 1 seed in the South Region, has been able to overcome it and make the Elite Eight. Now the Bears must get by an Arkansas team that has won 12 of its past 13.

Both teams do a good job of generating turnovers. Arkansas has six players averaging at least one steal per game while Baylor is causing the third-most turnovers on a per-possession basis of any team in the nation.

Despite a 3-for-19 3-point shooting performance in its previous game against Villanova, Baylor ranks second in the country in 3-point shooting percentage. Meanwhile, 37 percent of the points Arkansas gives up in road and neutral-court games come from 3-pointers, the 29th-highest rate among the Division I teams that played this season.

Baylor’s weakness is at the foul line, as the Bears rank 299th in the nation in free-throw shooting percentage in road and neutral-court games at 64.6 percent while Arkansas is shooting 75.2 percent at the line away from home.

With Arkansas also blocking 8.1 percent of the shots opponents take, paced by 7-foot-3 Connor Vanover’s 1.8 rejections per game, which ranks 24th in the country, the Razorbacks will make Baylor’s road to the Final Four a bumpy one.