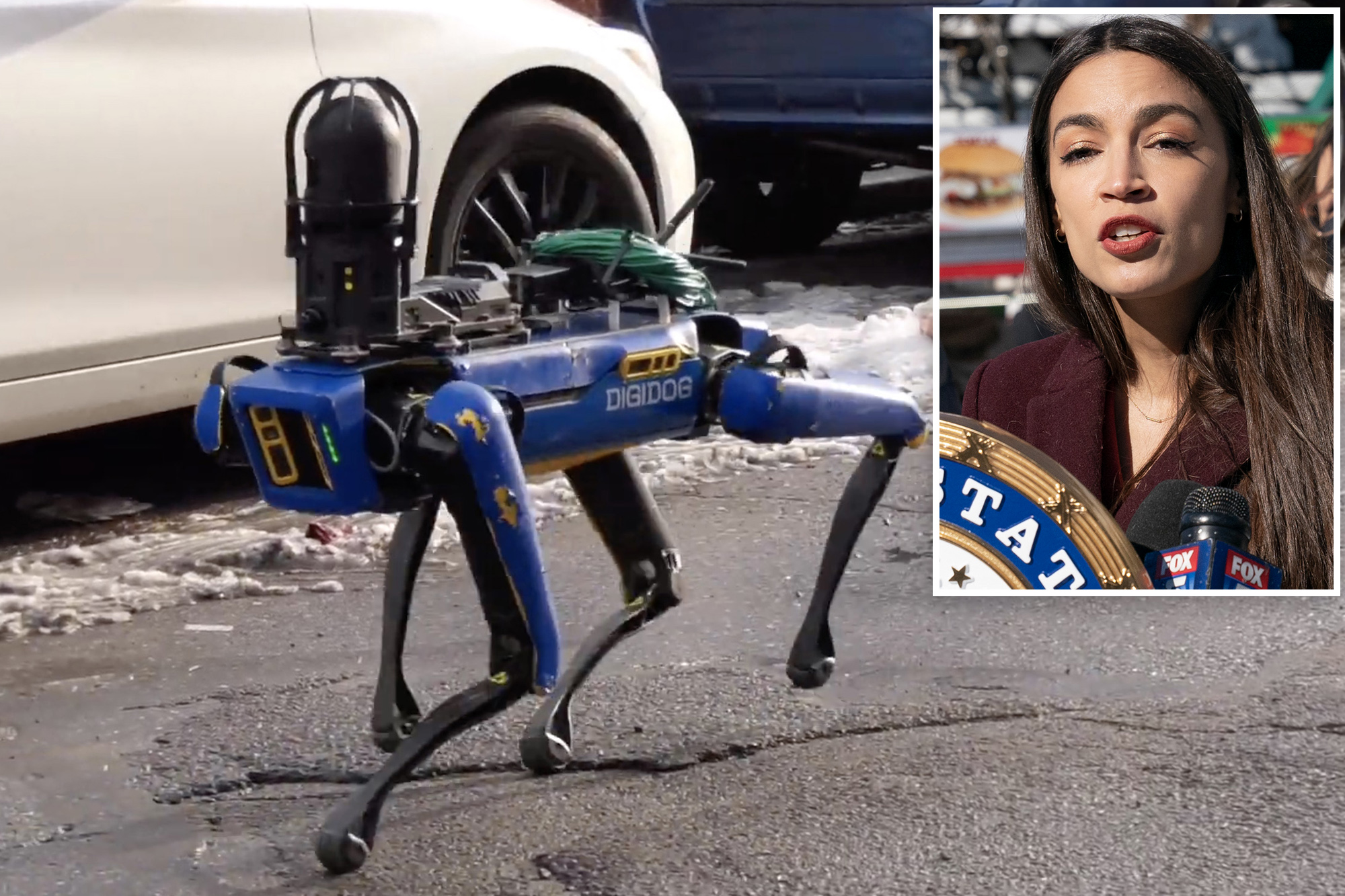 Alexandria Ocasio-Cortez growled on Twitter on Thursday about the NYPD’s new robotic dog, which was tested on her home turf in the Bronx this week.

“Shout out to everyone who fought against community advocates who demanded these resources go to investments like school counseling instead,” the New York Congresswoman tweeted out.

“Now robotic surveillance ground drones are being deployed for testing on low-income communities of color with under-resourced schools,” Ocasio-Cortez wrote.

The four-legged “Digidog,” deployed at the scene of a home invasion in the Bronx this week, is getting a test run as the NYPD’s newest crime-fighting weapon.

The blue and black rover, which weighs approximately 70 pounds, is equipped with lights, two-way communication, and video cameras, the department said.

The robotic canine can also climb stairs and run about three-and-a-half miles an hour, and is getting a test run by the NYPD Technical Assistance Unit.

Tuesday’s test comes after cops deployed one of the gadgets in Brooklyn in October to try to help dig out a gunman hiding in a basement.

But Ocasio-Cortez, a Bronx Democrat, says money and technology devoted to the robot could have been put to better use.

“Please ask yourself,” she tweeted, “when was the last time you saw next-generation, world class technology for education, healthcare, housing, etc. consistently prioritized for underserved communities like this?”