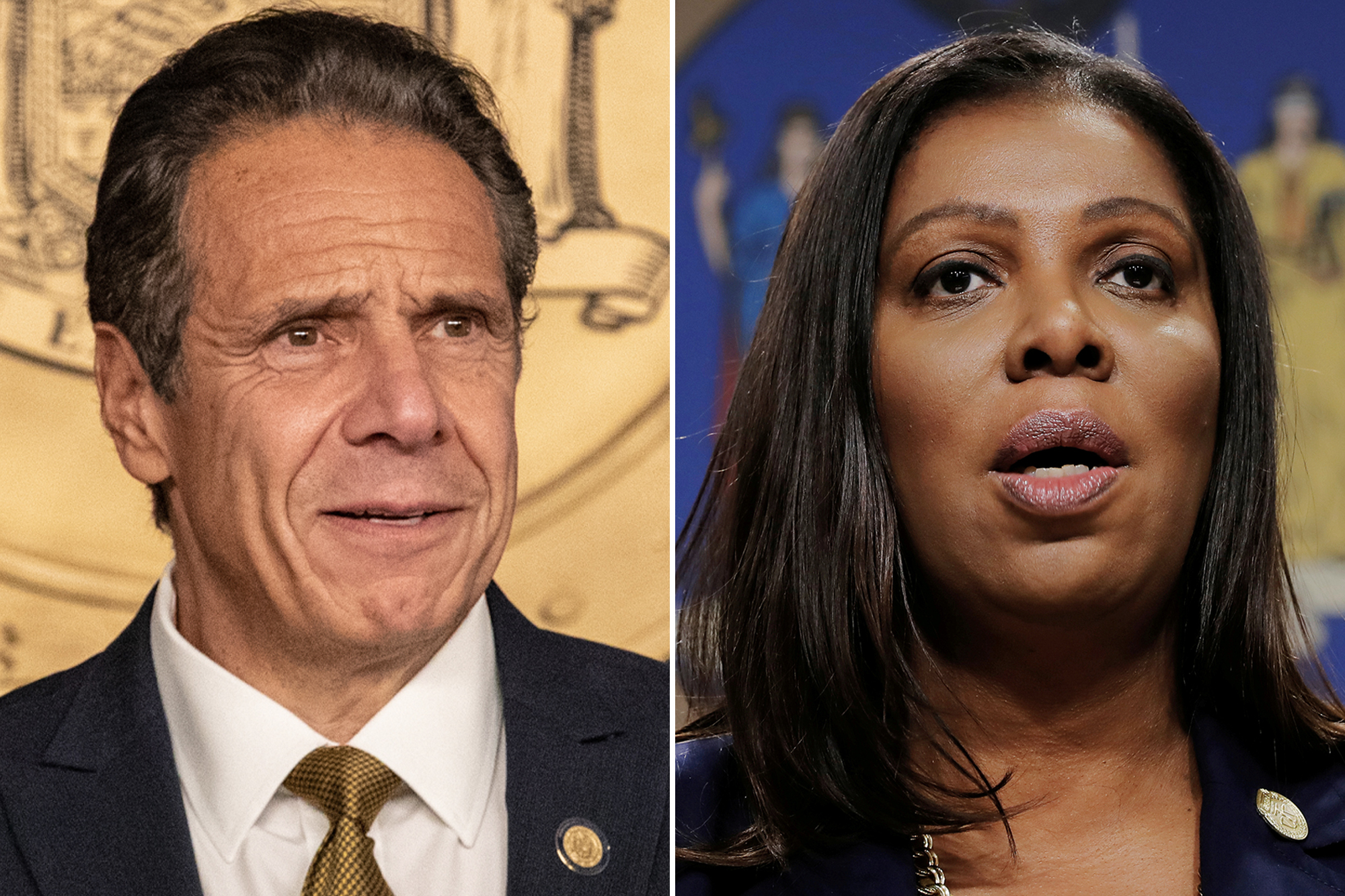 State Attorney General Letitia James on Monday received a formal green-light to launch an independent investigation into sexual harassment allegations lodged against Gov. Andrew Cuomo — as the administration hired a defense attorney to represent it in a Justice Department probe of its handling of nursing homes during the COVID-19 pandemic.

“Today, the executive chamber transmitted a referral letter to our office, providing us the authority to move forward with an independent investigation into allegations of sexual harassment claims made against Governor Cuomo,” said James in a statement. “This is not a responsibility we take lightly as allegations of sexual harassment should always be taken seriously. As the letter states, at the close of the review, the findings will be disclosed in a public report.”

Under state law, James’ office had to request permission from the governor’s office Sunday morning to probe the allegations, only for Beth Garvey, Cuomo’s special counsel, to seek to haggle on who would appoint an independent investigator.

In the span of less than a week, Cuomo, 63, has been accused by two former staffers — Charlotte Bennett, 25, and Lindsey Boylan, 36 — of sexual harassment.

Cuomo on Sunday apologized for what he characterized as “jokes” that he said could have been construed as “unwanted flirtation,” while denying that he intended to harass anyone and maintaining he never engaged in inappropriate physical contact, as alleged by Boylan.

In the wake of the tussle, state Sen. Todd Kaminsky on Monday introduced legislation that would allow the attorney general to launch investigations without seeking the permission of the governor — avoiding a repeat of the public drama.

“The Attorney General must be empowered to conduct investigations and prosecutions without fear and favor, no matter the subject,” said Kaminsky (D-Long Island), a former federal prosecutor, in a statement announcing the bill.

“Removing the requirement of a referral will untie the hands of the Attorney General — and the vast resources of that office can help check corruption and other illegal behavior that plagues Albany and the rest of the state,” he continued. “The time to act is now and the public’s trust and the integrity of our government demand nothing less.”

The referral letter and legislative push came as the Executive Chamber — which includes both Cuomo and his top aides — retained defense attorney Elkan Abramowitz to represent its interests in the ongoing nursing home scandal.

As The Post exclusively reported last month, Melissa DeRosa, a top aide to Cuomo, admitted to Democratic lawmakers in a private meeting that the state intentionally obscured the extent of the coronavirus death toll in nursing homes for fear of a potential federal investigation.

The imbroglio has, ironically, resulted in a Brooklyn U.S. Attorney’s Office probe the Cuomo administration had hoped to avoid.

Abramowitz confirmed to The Post that he is representing the Executive Chamber on the nursing home matter, but has not been retained on the sexual harassment allegations.

Florida vs. Kentucky line, prediction: Take the Over